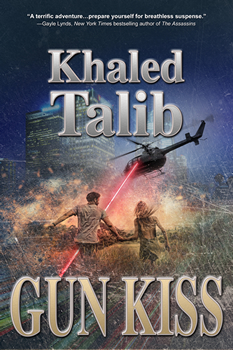 A stolen piece of history, an abducted actress and international intrigue…

When the Deringer pistol that shot Abraham Lincoln is stolen and ends up in the hands of a Russian military general, covert agent Blake Deco is tasked by the FBI to head to the Balkans to recover the historical weapon. Meanwhile, the United States media is abuzz with news of the mysterious disappearance of Hollywood movie star Goldie St. Helen.

After Blake’s return from overseas, he receives a tip from a Mexican friend that a drug lord, obsessed with the beautiful actress, is holding her captive in Tijuana. With the help of a reluctant army friend, Blake mounts a daring rescue. What he doesn’t expect is to have feelings for Goldie—or that a killer is hunting them.

GUN KISS author Khaled Talib took some time out of his busy schedule to discuss his latest novel with The Big Thrill:

This novel was written to give readers a thrill because life shouldn’t be the routine everyday. The story’s backdrop, characters, plot, sub-plots, and themes commingle to excite your senses in more ways than one.

Advanced praise from authors Jon Land, Gayle Lynds and K.J. Howe have described this novel as “whip-smart,” “breathless” and a “blockbuster thriller.” Readers can expect a hot and cold situation with a pace that will keep you on your toes. FBI, drug lords, movie stars, and Russian generals – all the ingredients to make a sizzling thriller.

I didn’t know John Wilkes Booth had two Deringers when he shot Lincoln that night at the Ford’s Theatre. Also, I learned something interesting about the F.B.I. methods of interrogation. They have this Form 302 that can be used against interviewees. Agents take notes by hand. They can alter a person’s answers and create inaccuracies in their favor. So an innocent person might end up working for the Feds.

There’s a strong hint about what goes on in Hollywood. Some actresses have come forward alleging they were harassed and raped. And there’s also been reports about pedophilia. I touched on that subject matter as one of the themes. There’s also the theme of racism that has reared its ugly head in the U.S.

Many authors, old ones and new ones. From classics to commercial fiction, you name it. I tend to read various authors where I learned about different styles of writing. You start to form your own identity in terms of writing as a result. And you become you. 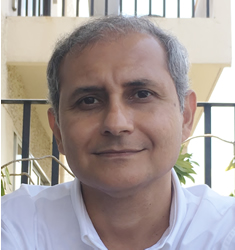 Khaled Talib is a former journalist with local and international exposure. His articles have been published and syndicated to newspapers worldwide, and his short stories have appeared in literary journals and magazines. The author, who has written three novels, resides in Singapore.

To learn more about Khaled, please visit his website.