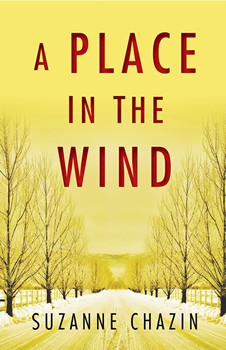 A blond-haired, blue-eyed teenager from a prominent family vanishes after teaching English to a group of immigrants. Suspicion soon falls on the men she was tutoring, inflaming tensions in the close-knit, picturesque community of Lake Holly, NY. For Detective Jimmy Vega, more is at stake than just keeping the peace. His girlfriend, Adele, heads the community center where the girl was last seen.

When a risky surrender goes awry, Vega gets tossed into a grunt detail that hides a political minefield: a person who will stop at nothing to cleave the town in two. He can’t imagine a worse turn of events—until he uncovers even darker forces at play. And no matter which way he turns, every step could cost him his job, his town, his family—even his life.

Award-winning author Suzanne Chazin stopped by The Big Thrill to discuss her upcoming novel, A PLACE IN THE WIND:

1. A surprise in the whodunit
2. A compulsion to keep reading
3. A love of my main character, Jimmy Vega, a cop torn between his Latino heritage and his duty as a cop working in a community with a large population of undocumented immigrants
4. A strong sense of having been in a real place, looking over the shoulders of three-dimensional characters who are dealing with topical and timely issues in a very personal and nuanced manner

The Jimmy Vega series marries traditional mystery/thriller excitement to a subject matter that is deep and serious and not normally given over to genre treatment. I tell people my books are like eating something that goes down like candy but with a little more heft and value. When you get to the end, you’ll feel like you’ve not only had a thrilling ride, but an eye-opening one as well.

I write such topical material, it’s hard to stay current, given my long lead times. When I started writing this book, in the spring of 2016, Donald Trump was making headlines for the first time talking about illegal immigration. I took the risk of treating what I thought could happen if a man like him ran a county like the one my hero cop works in. I didn’t think he’d still be in power or that half the things I imagined would come true. But they all did.

You’ll never guess who committed the crime. I guarantee it. And that’s because, up until the very last draft, I didn’t either. I thought it was one character and it turned out to be another. I’ve never come up to the eleventh hour and had that happen but it did and early readers love it. 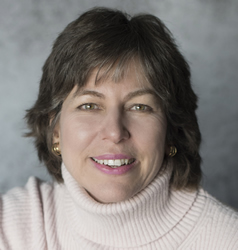 Suzanne Chazin has won widespread acclaim for the Jimmy Vega series, including Land of Careful Shadows, A Blossom of Bright Light and No Witness but the Moon, which was hailed as one of the ten best books of the year by the New Jersey Star-Ledger. She is also the author of The Fourth Angel, Flashover, and Fireplay. She has twice been the recipient of the Washington Irving Book Award for fiction. Her fiction, essays and articles have appeared in numerous magazines and newspapers, as well as the award-winning short story anthology Bronx Noir. She lives in the New York City area.