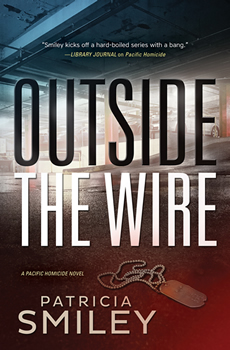 LAPD Homicide detective Davie Richards is called to an airport parking garage to investigate the shooting of a retired U.S. Army Ranger and Vietnam War veteran. As Davie unravels baffling clues, one murder becomes two and a pattern begins to emerge. Racing to save the killer’s next victim challenges Davie’s physical and emotional endurance and tests the bonds of brotherhood and friendship.

OUTSIDE THE WIRE author Patricia Smiley spent some time with The Big Thrill discussing her latest novel:

When I started writing OUTSIDE THE WIRE all I knew about the plot was that it would have something to do with the Vietnam War. I knew people who fought in that war, who died in that war, and who were broken emotionally by that war, people who came home with PTSD before most people knew what those letters stood for. Vietnam divided the country and created scars that are still visible. I wanted to write about that. Little did I know that Ken Burn was working on a documentary that would again bring those scars to the forefront.

The book is a hard-boiled police procedural about a female homicide detective, told with authenticity from someone with knowledge of the LAPD.

How to survive if you’re washed downstream in raging river rapids.

I spent 15 years as a volunteer and Specialist Reserve Officer (non sworn) for the Los Angeles Police Department. The last five of those years I was assigned as a burglary investigator in the detective squad room. 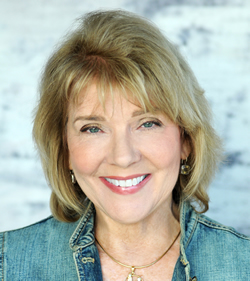 Patricia Smiley is the author of four novels featuring amateur sleuth Tucker Sinclair. Pacific Homicide (November 2016) was the first in a new hard-boiled series about LAPD homicide detective Davie Richards. The second novel, OUTSIDE THE WIRE, was released on November 8, 2017.

Patty’s short fiction has appeared in Ellery Queen Mystery Magazine and Two of the Deadliest, an anthology edited by Elizabeth George. She has taught writing at various conferences in the U.S. and Canada and also served on the Board of Directors for the Southern California chapter of Mystery Writers of America and as president of Sisters in Crime/Los Angeles.

To learn more about Patricia and her work, please visit her website.