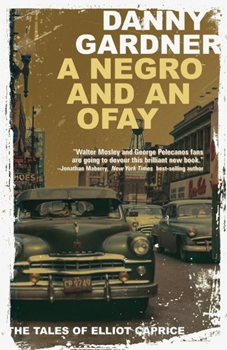 Joe: Hey, Danny? You ready for our interview?

Joe: Great! So let’s start with what you are listening to.

Joe: Terrific! I’m glad you didn’t come back with “nothing.” Because if you’re at a computer, I assume you have music on.

Danny: I’m bangin’ on a new first chapter to the next Elliot Caprice novel and instrumentals help me get into a good headspace. That, and Delta Blues.

Joe: As long as we are on Elliot… You want to go with how you got here? I mean, Elliot’s journey to the printed page was not an easy, nor fast, one.

Danny: Seeing I’ve told this story in pieces hither and yon, here’s a bit of nuance for you that adds a previously unknown dimension: After succeeding in independent film in the early aughts, personally I just crashed and burned. I didn’t dig who I was and I certainly wasn’t surrounded by people who encouraged me to be authentic and true, so I grabbed a reed and just drove folks out of the temple, man. And then I just stopped everything professionally. All I did was meditate, work out, play golf, volunteer at the Westwood Veterans Administration golf course a few hours per day, and occasionally write. After a few years, I emerged from my asceticism and I started the personal tradition of setting a single New Year’s resolution for myself. The year A Negro and an Ofay found its way to its failed first edition, my resolution was “accept all invitations.” So that’s how it wound up with that first outfit.

Joe: I know we are traversing ground you’ve covered before. No real way around it. Might as well get this one out of the way, too. Since there is no talking about A Negro and an Ofay without bringing it up. You know what I’ve got to ask, right?

Danny: I have some idea about what you’re going to ask, but you’re the interviewer, man.

Joe: It’s sorta like going to a Rick Springfield concert and having him not play “Jessie’s Girl.” So much of the brilliance (and tension, and heartbreak, and violence, and everything else) about the novel concerns the nuance of race. I think what separates Negro/Ofay from other books in our genre is that what isn’t on the page is every bit as important as what is, y’know? 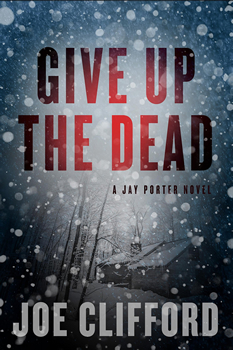 Danny: I do. I’ve always been into negative space, man. I learned it from my mother, who had a burgeoning art career before she did what just about all Midwestern women did, which is marry her high school sweetheart and give up everything that was important to her to birth children.

Joe: Forgive the heavy-handed academic in me—but did you feel a responsibility? I mean, more than merely entertaining your audience? Personally, I know that as an ex-junkie, I wrote Junkie Love with that feeling of responsibility. I knew a world that, no matter how well meaning, folks just didn’t get right. I wanted to tell the story of what addiction was really like: the good, the bad, the indifference, the (Tom) pitts, etc.

Joe: And let’s face it, there’s no getting around your representing a marginalized demo, too.

I’m wondering how you tempered those two aesthetics: the primary goal of the artist to entertain, but also the “responsibility” to get it right, even if that came/comes at the expense of offending?

Danny: There’s something about black American humanity that unsettles people. That’s why our human rights are doled out incrementally. First we get emancipation, then representation, but that’s rolled back to three-fifths human status by Jim Crow. Then we get an occasional upgrade, say housing or education, just to lose that ground as well. Then we have the Civil Rights Movement, and the Voting Rights Act of 1968 is passed. That’s where the line stopped for most Americans. The burn in my heart obligates me to depict black folk as human beings. True souls who don’t always exist in relation to whiteness. And, in our private and most basic lives, don’t live in relation to anyone. That’s the most provocative portrayal of black life I figured I could offer: that black folk in America just really want to be left alone to exist. Same as everyone else does. I got a question from a reader in Sacramento once about whether or not I fear I’m alienating readers by putting social issues in my fiction.

Joe: I remember that.

Danny: I responded, “That depends upon whether you believe that being black is a social issue. Me, it’s my life. For you, perhaps my blackness is YOUR social issue. It isn’t mine.” Dig what I’m sayin’?

Joe: I don’t want to answer for you, but I’m pretty sure I could. Entertainment can’t come at the expense of the truth.

Danny: On a few levels, and from more than a few folks, I heard, “This would have been a great book if it didn’t have all that in it.” All that meaning blackness. I’ve been living and working in Los Angeles since 2001. It most certainly can. That’d also explain why I had time for the process of seeing an entire novel through to publication. I was, let’s just say, unencumbered by a career in Hollywood. Yeah.

Joe: Now that Elliot has, to use your words “found a way to be left alone to exist” (to a certain extent), where do you go next?

Danny: Well, that’s the crux of the arc of the first three books. He can’t be left alone, because he is, at once, an individual but also a member of a community in Southville, IL, and a larger community of African-Americans in America. A NEGRO AND AN OFAY in summer 1952. Elliot’s next outing is set in fall 1956, where he’s called upon to find a nemesis’s daughter. This necessitates a return to Chicago when the Chicago Outfit is attacking the black middle class and the serial murders of white women on the South Side has everyone on edge. I placed Elliot on the fringes of both Chicago true crime history and the Civil Rights Movement. So he may find his ultimate rest, but he has to earn it.

That’s how it is when you’re black in America, man. I think that’s why I treat Elliot so. Everyone knows about that. I want my work to reveal our commonalities despite race, so that where we’re coming from racially/culturally can enhance our togetherness, rather than detract from it. 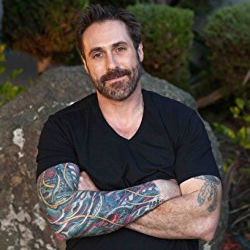 Joe Clifford is acquisitions editor for Gutter Books and producer of Lip Service West, a “gritty, real, raw” reading series in Oakland, CA. He is the author of several books, including Junkie Love and the Jay Porter Thriller Series, as well as editor of Trouble in the Heartland: Crime Fiction Inspired by the Songs of Bruce Springsteen and Just to Watch Them Die: Crime Fiction Inspired by the Songs of Johnny Cash.

Danny Gardner enjoys careers as a comedian (HBO’s Def Comedy Jam), actor, director, and screenwriter. He is a recent Pushcart Prize nominee for his creative non-fiction piece Forever, In an Instant, published by Literary Orphans Journal. He is a proud member of the Mystery Writers of America and the International Thriller Writers. His acclaimed debut novel, A NEGRO AND AN OFAY (Down & Out Books, 2017), is the Newberry College Gerding Book for 2017. He himself is the 11th Newberry Gerding Author to receive the honor. His short fiction appears in many anthologies, including The Obama Inheritance: Fifteen Stories of Conspiracy Noir (Three Rooms Press, 2017). He lives in Los Angeles by way of Chicago.

Dying to Live by Michael Stanley