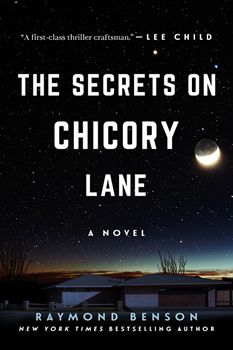 Sixty-one-year-old Shelby Truman, a bestselling romance novelist, receives a request to visit her childhood friend, Eddie, who is on death row. Though mentally ill, Eddie is scheduled to be executed for murder. As Shelby travels home to Texas for the unnerving reunion, she recalls her stormy five-decade-long relationship with Eddie in order to understand what led the beautiful and talented, but troubled, boy who lived across the street to become a killer. Her flashbacks, whether they occurred in the nearby public park or Eddie’s bomb shelter–their “secret hiding place” where they could escape Eddie’s abusive father–begin to reveal shocking truths. Most significant is the tragedy one summer, which set in motion a lifelong struggle against an Evil, with a capital “E,” that corrupted their all-American neighborhood.

The Big Thrill caught up with award-winning novelist Raymond Benson to discuss his latest novel, THE SECRETS ON CHICORY LANE:

This is a novel that deals with mental illness, capital punishment, and child abuse. I feel it is important to emphasize these issues as selling points. The book brings to the surface these serious social problems, dramatizes them, and calls attention to the fact that solutions are needed.

It is a “memory story” about a woman’s relationship with a troubled man that spans nearly six decades. I have reached into my own past and explored certain recollections about the street where I lived in the 1960s as a child in West Texas. I have fictionalized the town and street, of course, and then let my imagination take off from possibly real reflections.

Ruth Rendell: for her unique perspective on psychological suspense and telling tales from the point of view of disturbed individuals.

Ian Fleming: for his iconic character of James Bond, an influence since childhood.

Stephen King: for his ability to spin a compelling tale. 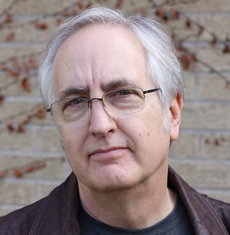 RAYMOND BENSON is the award-winning author of over 35 published books. His most recent thriller series is the acclaimed and best-selling five-book The Black Stiletto serial, now in development in Hollywood as a feature film. Raymond is most well-known as the third—and first American—continuation author of official James Bond novels (1996-2002); for that franchise he penned six original tales, three film novelizations, and three short stories. Many of his other suspense novels feature female protagonists, and he is also a prolific writer of game and movie tie-ins. Raymond also teaches film history and is a working musician.

To learn more about Raymond, please visit his website.