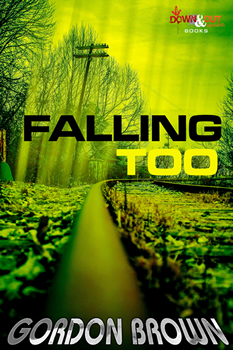 In the early hours of a Thursday morning in August 1963, one of the UK’s most famous crimes was committed when a Royal Mail train, heading from London to Glasgow, was robbed of £2.6 million. Over five decades later, the real mastermind behind the robbery, a man who got no credit, but who wants it, is determined to top the original robbery by stealing the entire wealth of a fleeing Glasgow crime lord from a train—in exactly the same spot that the original crime took place.

Meanwhile, Charlie Wiggs, a small-time unassuming accountant, discovers that his friend, Tina, has stolen a drawing worth £400,000 in a bid to get out from under crushing debt—and it’s now in that same Glasgow crime lord’s collection, on that very train.

If Tina can’t get the drawing back she’ll go to jail—or worse. Desperate, she asks Charlie to help.

Charlie has only one solution: team up with the violent, bitter mastermind and steal the drawing back—and in the process, become one of the most notorious train robbers in British history.

The Big Thrill caught up with author Gordon Brown to discuss his latest novel, FALLING TOO:

A mix of fun and suspense. Falling and FALLING TOO have humor as an undercurrent that allows the books to highlight the absurdity of the situations that the main protagonists find themselves in. Both books are about ‘innocents abroad’ – people ill-equipped to deal with a criminal world – but having to adapt and survive.

Many of the ‘crime fiction’ genre focus on the police and/or the criminals’ worlds. FALLING TOO takes a third angle – and looks at what happens when the innocent fall into this world. The main protagonist is a small-time, unassuming accountant with little or no criminal or legal experience. His ‘partners’ are a maintenance man and a secretary. None of which are front and centEr when it comes to the genre. This gives a fresh feel and a different perspective to the tale.

I didn’t expect to write a sequel to Falling. The original book was written as a standalone. I gave no thought to the characters continuing beyond book 1. Unlike the other series I write, where I planned for multiple books, I made no such allowance in Falling. It was therefore a challenge to dig deeper and find more and new revelations about the characters. I have also learned the power of simplification. In the original books, I wrote from six different point of views, moving POV with each chapter. In the new books it is all viewed through the main protagonist’s eyes. This required a shift in writing style while still trying to retain, through the entire book, the essence and voice of the protagonist.

The idea is simple – someone wants to repeats on of the UK’s most notorious crimes – the Great Train Robbery. The biggest surprise is just how inept the original robbery was and that even after more than five decades some of the participants and the whereabouts of the money are still unknown. This gave me leeway to use such anonymity to create a back story to the new book that allowed me to rewrite history.

Stephen King, James Herbert, James Patterson, Clive Cussler, Issac Asimov, Larry Niven – storytellers all. First and foremost, I love authors that use their writing to tell a tale – to pull you in – page turners. King’s book, On Writing, is a must for writers – it laid down three golden rules for me: write about what you enjoy, never stop writing and set yourself a target word count at all times. Those rules have increased my output, secured me new book deals and are the reason I have books ranging from U.S.-based thrillers to Glasgow crime novels and even a set of short stories based on an L.A. police officer – in other words – I enjoy diversity. 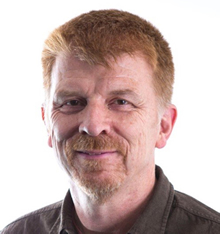 Gordon Brown lives in Scotland. He has delivered pizzas in Toronto, compered the main stage at a two-day music festival, floated a high-tech company on the stock market and was once booed by 49,000 people while on the pitch at a major football Cup Final. Today, Gordon also runs a creativity training business called Brain Juice and is a DJ on local radio.

Gordon helped found Bloody Scotland—Scotland’s International Crime Writing Festival—and has been writing since his teens. He has five crime and thriller novels to his name.

To learn more about Gordon, please visit his website.