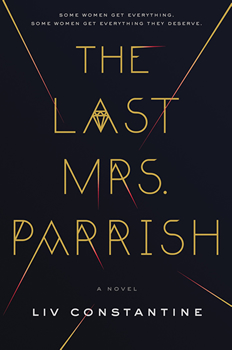 Usually when two sisters are born fourteen years apart, with two brothers in between, they aren’t very close. But that’s not the case with Lynne and Valerie Constantine, who publish as Liv Constantine.

“We’ve been super close since I was thirteen,” Lynne says. “We grew up in a house with readers. Our mother took us to the library every week. All of us would read the same book and discuss it.”

“We lived quite close to each other then,” says Valerie. “We’d go for walks after work, started talking about writing and how much we both like it, and decided to collaborate.”

“When we started, we knew nothing about writing,” says Lynne. “We bought a book on how to write a book. We’d get together once a week, and trade chapters. At that rate it took a year for us to write the first half. Then we both took a week off work and wrote every day from nine to three a.m., until we finished the draft.”

They sent their book to Oscar-winning actress Olympia Dukakis who loved the book and gave them a blurb. “We hope she’ll play the grandma if there’s ever a movie,” says Valerie.

Now they had the writing bug. They each got to work on a solo novel. Lynne wrote and published The Veritas Deception (Sailor Dance Publishing, 2016). “It took me ten years to write. I have a background in traditional and corporate marketing. I used to have a long commute, and I would think about how susceptible we all are to being manipulated by marketing. I asked myself, what if there was a conspiracy, different marketing campaigns tied together for a nefarious purpose?”

After their solo efforts, both sisters felt drawn to work together again. “It’s more enjoyable,” says Valerie. “The collaboration is invaluable. To just be able to discuss the plot lines, the characters, the next direction to go in. It has made for a much richer experience in terms of story and character. And the process is less lonely.” They don’t always agree, she adds. “But the upside is bigger than the downside.”

The two sisters have now written a domestic thriller. THE LAST MRS. PARRISH, their debut thriller, published by HarperCollins. THE LAST MRS. PARRISH has already garnered a lot of attention. Publishers Weekly, The Library Journal, and Kirkus have all given it a starred review. The tag line is ‘Some Women Get Everything…Some Women Get Everything They Deserve’. It’s been compared to Gone Girl and Girl on the Train in early reviews and readers are commenting that in THE LAST MRS. PARRISH, things are rarely what they seem. It opens with Amber Patterson, a woman determined to take over the life of the rich and glamorous Daphne Parrish. She insinuates herself into the lives of the Parrishes, hiding a secret from her past that could undo all her plans. But the authors keep the reader guessing over which woman will have what to the very end. 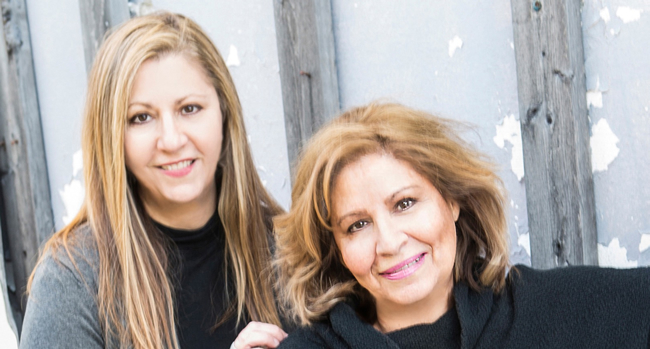 The sisters each took one woman: Valerie wrote most of Amber’s narrative and Lynne wrote most of Daphne’s. “We don’t worry too much if something conflicts with something else, we just fix it later,” Lynne says.

“We don’t work from a strict outline, we just have a sense of where it is going. An outline would make us feel constrained,” Valerie notes.

Writing a book that is told first from one character’s point of view and then the other’s required that both writers have the ability to be in one character’s perspective, yet still have a thorough understanding of the other character.

While writing THE LAST MRS. PARRISH, the sisters, who now live far apart, had to replace those long walks with Facetime calls. They came up with the story. They talked about who the characters were, their background, their ages, where they lived, until they were in agreement on the most important details.

In their meetings, whether Facetime or a family holiday when they can meet in person, they assign scenes to themselves. They email each other the chapter or section they’ve written every day and then discuss it during the Facetime call.

The sisters credit ITW with inspiring them to get back to writing. They’ve been attending for five years now and are both volunteer coordinators. “My writing hiatus ended after attending my first Thrillerfest,” Lynne said. “I went home, finished my current manuscript, created a website and got active on social media.” Over those years, both women made friends and met mentors through ITW that ultimately helped them to find an agent. It was last July in the lobby of the Hyatt at Thrillerfest that they were offered representation by Bernadette Baker-Baughman of Victoria Sanders and Associates. When Bernadette sent the manuscript out to publishers later that month, she received a preemptive offer six days later from HarperCollins.

Lynne commented. “If it weren’t for Thrillerfest, I don’t know if we’d be where we are today. When you go to Thrillerfest, you  meet many people who are always willing to pay it forward. To list one example, Lee Child is one of the most generous authors, he gave us a wonderful blurb for the book.”

THE LAST MRS. PARRISH will be published on October 17th.

Liv Constantine is the pen name of sisters Lynne Constantine and Valerie Constantine. Separated by three states, they spend hours plotting via Skype and burning up each other’s emails. They attribute their ability to concoct dark story lines to the hours they spent listening to tales handed down by their Greek grandmother. THE LAST MRS. PARRISH is their debut thriller.