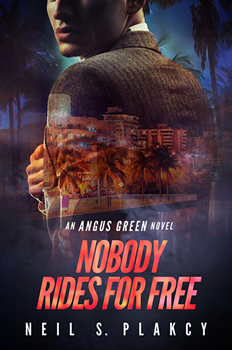 For his series featuring FBI Special Agent Angus Green, author Neil Plakcy participated in the FBI Citizens Academy. Talk about research. NOBODY RIDES FOR FREE is the second in the series. The novel opens with Angus recuperating from an on-duty injury and riding a desk but hungry to get back to investigations. He’s given the chance when a man overdoses on a dangerous street drug.

Angus discovers an email thread between the overdose patient and a fifteen-year-old boy who is being exploited in online pornography. Angus goes on a personal crusade to find the boy and any others like him. But he has to be careful. Saving lost boys is not the directive his boss gave him. He can’t mess up this opportunity to prove that he’s physically and mentally ready to resurrect his career, yet at the same time he is inexorably drawn toward rescuing the troubled youth.

How was the character of Angus born?

Back in 2011, I published a M/M romance novel called Mi Amor, and one of the walk-on characters was a cute, young, red-headed FBI agent named Angus Green. Though he had only a minor role there, he hung around in the back of my mind.

When I began to think about an FBI book, I wanted a young agent as my protagonist, so that as he learned how to do his job, readers would learn along with him. And I knew that my own knowledge wasn’t encyclopedic enough to support a more experienced agent as protagonist. At the same time, I was seeing young people coming out earlier and earlier, without much of the angst and rejection that previous generations suffered. I wondered how a young agent on his first assignment would feel about being openly gay in a macho environment. Angus fit the bill, and so he got the book (and eventually the series) that he’d been wanting.

What was the inspiration for NOBODY RIDES FOR FREE?

A couple of years ago, I attended the FBI Citizens Academy, a nine-week program, one evening a week, intended to introduce the general public to the Bureau and its operations.

Every week, I was fascinated to learn about cases, agents, and the Bureau’s structure. I started thinking about how to incorporate what I was learning into fiction. I had already published six books in a series about an openly gay homicide detective in Honolulu, beginning with Mahu. Once I learned about the FBI Joint Terrorism Task Force, which brings local law enforcement onto the Bureau roster to combat terrorism, I knew that was the next move for my detective.

But at the same time I wanted to set a book in South Florida, so I could use some of the uniquely Florida information I was learning. For example, did you know that Miami has the greatest volume of health care fraud in the country? And that it’s largely committed by Cuban immigrants?

I’m a bit awed by law enforcement officers in general, but I summoned my courage to speak to the Special Agent in Charge when he addressed our group, and I asked if there were openly gay agents in the Bureau. He said that there were openly gay individuals serving at the highest level of the Bureau. His response was heartening on two counts: first, as an American to know that the Bureau was so open; and on a personal level I didn’t want to be writing about a unicorn; if Angus was the “only” or “one of the first” that would certainly affect the book.

You are a teacher. What do you teach? How does teaching inform your own writing?

My primary focus is freshman composition, though I also have taught mystery fiction, creative writing, technical writing, and intro to mass communications. The community college where I teach is very multi-cultural, and many students come from low income backgrounds. Semester after semester, I’ve seen how vulnerable they are to any setback—loss of a parent, a job, even something as simple as a car breakdown that limits their ability to get to school. Many of my LGBT students are particularly at risk. Even as recently as the last year or two, I’ve heard stories of students beaten and kicked out when their parents or other relatives discovered they were gay. NOBODY RIDES FOR FREE is Angus’s attempt to help a couple of those very vulnerable kids.

When did you start writing and why?

I owe my writing career to two people—my tenth grade English teacher, Mr. Haider, and John Knowles, author of A Separate Peace. An assignment to rewrite the book from the point of view of Finny, the other protagonist, showed me how I could use fiction to understand my own life and the lives of those around me, and to express my deepest feelings by putting them in the minds and mouths of fictional characters.

Where do you write?

Almost every morning, you can find me at the Starbucks a few blocks from my house, writing for at least an hour before I head over to the college for my classes and office hours. I need a regular schedule, and I’ve convinced my brain that when I sit down at the laptop with my caffè mocha beside me, it’s writing time.

Do you outline or are you an organic creator?

I generally begin with a character in a situation, and project forward to the first plot point, about a third of the way through the book. Then I begin telling myself the story, hoping that by the time I reach that point I know what the second plot point will be, and then the conclusion. I write both mystery and romance, so I usually know where I have to end up—resolution of the crime, a happy ending for the couple—and that helps, too.

What organizations are you a member of?

I belong to ITW. Over the last few years I’ve seen my crime fiction take a turn toward the thriller. I’m most active with Mystery Writers of America, having served two terms as president of the Florida chapter and a member of the national board. I belong to Novelists, Inc. and I’m inspired every time I attend their annual conference. 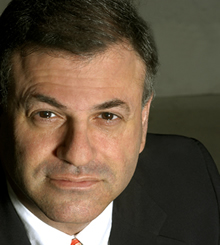 Neil Plakcy has written or edited over three dozen novels and short stories in mystery, romance and erotica. To research the Angus Green series, he participated in the FBI’s sixteen-week citizen’s academy, practiced at a shooting range, and visited numerous gay bars in Fort Lauderdale. (Seriously, it was research.)

He is an assistant professor of English at Broward College in South Florida, and has been a construction manager, a computer game producer, and a web developer – all experiences he uses in his fiction.