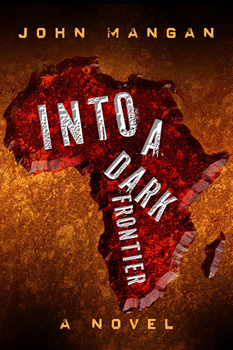 In the near future, Africa collapses into an enormous failed state, leaving the continent lawless and severely depopulated. For most, the breakdown brings horror, but for others—the outcast, the desperate, the criminal, and the insane—it allows unparalleled opportunity: a new frontier of danger and unlimited possibility.

In America, ex-Navy SEAL Slade Crawford, emotionally crippled after twenty years of front-line combat, the dissolution of his marriage, and the accidental death of his son, is falsely accused of terrorism. Slade flees to Africa to build a new life and escape his past, but he is captured by an enigmatic American colonel, Gary Kraven, and blackmailed into tracking down a blood cult that is rampaging across the sub-Sahara. Struggling to stay alive and to free himself from Kraven’s grasp, Slade pursues the cult across the lawless African frontier. He soon learns that nothing is as it seems and that he is standing at the epicenter of a global struggle that will determine the course of history. Slade must decide whether to fight for his life or his honor—he can’t have both.

Lt. Col (R) John Mangan, author of INTO A DARK FRONTIER, spent some time with The Big Thrill discussing his latest novel:

I hope they will realize that the larger-than-life heroes they read about in novels and see in the movies are not merely instruments of fiction. The protagonist in my story is a composite of my brother (a SEAL Team 6 operator) and several other men I have met. The story itself is fiction, but the sacrifice, courage and loyalty is entirely true and is my tribute to those men. I hope that by showing them as the flawed human beings that they are, plagued by doubt, regret and failure, that the reader will understand that heroes are simply normal people that decide to do remarkable things.

I tried to veer off of the well worn path that is the modern Military Thriller. I did this by creating an American Western, then dragging it forward into the present, then setting it in a world that the reader will find alarmingly familiar. I hope that its use of classic American ideals and themes will create a world that is accessible, refreshingly unique, and provides a lens through which to view current events unfolding across the globe. People are watching the unraveling of the Middle East and Africa and asking, why? My story attempts to answer that question.

I was surprised by how cathartic the experience was. As a rescue pilot I always felt a deep sense of shame and guilt that I had not contributed enough. I would only show up after the disaster had already happened; I would buzz about, shoot off a few rounds, pick up the broken men, then fly back to base for a hot meal and a clean bed. I was a war tourist. This story allowed me to pay homage to and recognize the sacrifice of the men that I could not help.

The characters are based upon family members and men that I have met over the years. Much of the dialogue, interactions and vignettes are drawn directly from what has happened downrange, and has merely been “translated” into the fictional setting and storyline. The central tragedy that haunts my protagonists actually happened to a man that I met in a psychiatric hospital. I asked him if I could use his story and he gave me permission. I hope that when he reads the book and sees the tragedy happen to a different person then perhaps he can externalize the experience, stop blaming himself and find some peace (just as my protagonist eventually does).

Anthony Loyd. My War Gone by I Miss it So. Mr. Loyd’s biography showed me how a deeply flawed, failing and vulnerable hero can be more accessible and relatable than the typical iron-clad archetype.

Cormac McCarthy. Blood Meridian. The ultra-violent fever-dream qualities of this book helped me place my own war experience into a larger context. By seeing the violence and horror of war as a timeless facet of the human condition, it diminished my own experience and made it more bearable.

James Salter. Gods of Tin. Mr. Salter’s fusion of prose and poetry brings a uniquely nuanced perspective to the experience of human conflict. War is not a series of sterile kinetic events, but a series of human experiences, each unique and wonderful in its own way… 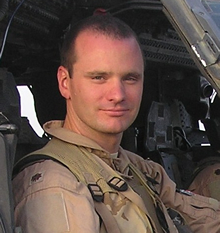 Lt. Col (R) John Mangan is a decorated combat rescue pilot, novelist and coffeehouse poet. He is a graduate of the United States Air Force Academy, was an instructor at the Survival Escape Resistance & Evasion (SERE) school, and was an HH-60G, Pave Hawk instructor pilot. He has deployed to the Middle East eight times and has commanded the 33rd Expeditionary Rescue Squadron in Kandahar, Afghanistan. His actions in combat have been documented in the books Not a Good Day to Die, None Braver, and Zero Six Bravo. He has flown combat missions with PJs, SEALs, Delta, Rangers, and the SAS. John has been awarded the Distinguished Flying Cross with Valor twice, The Air Medal twelve times, and the 2009 Cheney Award.