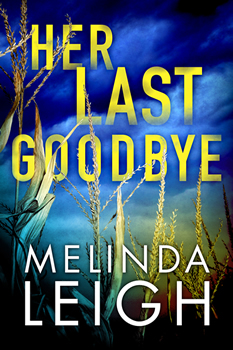 Bestselling author Melinda Leigh describes herself as a “fully recovered banker” whose writing career began as a dare.

“The best things in my life have happened ass backwards,” she says. “I never planned to be an author. But I was a voracious reader from very early in my life. I was a nerdy child and had more fictional friends than real ones. After my children went to school, my husband and I discussed my return to banking (shudder). At the time, my husband worked long hours and traveled frequently, so we decided it would be better for our family if I remained at home. Part time work was not an option in banking.”

Since she usually had a book in her hand, her husband challenged her to write one. Her first book, She Can Run, took two years to finish. She says, “Since I wrote it before I learned anything about writing, I spent the next two years taking workshops, learning the craft, and revising the first dreadful draft into something someone else might want to read.”

Apparently not one to do things halfway, Melinda is now a Wall Street Journal bestselling author, whose 21 romantic thrillers have sold more than three million copies combined. Her books have been shortlisted for multiple national and international awards, including a RITA® Award, the romance genre’s highest honor.

But her path to publication illustrates an important lesson for new authors: Don’t publish too soon. Her first book went through five complete rewrites between the time she completed it in 2007 and its release in 2011. She’s convinced that, had she published it earlier in that process, the quality of the book would have suffered and she might not have achieved the level of success she has today.

Melinda often choreographs her fight scenes to make sure the action makes sense, taking the capabilities of the combatants into consideration. And when it comes to fight scenes, she knows her stuff. She holds a 2nd degree belt in Kenpo Karate, studied Brazilian Jiu-Jitsu, and dabbled in Arnis stick fighting. She’s also taught women’s self-defense—a vital skill for any thriller heroine.

On the personal side, Melinda is a loving wife and mom with a passion for dogs—especially shelter dogs. “There is nothing better than turning a damaged dog’s life around and giving it a loving home,” she said in a blog interview with L.G. O’Connor. “If you’re thinking about adding a furry friend to your family, please consider a rescue!”

She says she has no explanation for the sometimes dark and disturbing nature of her imagination.

Welcome, Melinda, and congratulations on your new book! Why don’t we start with the inspiration for HER LAST GOODBYE. Where did the idea come from?

Most of my books begin with a current event that disturbs me, something I can’t get out of my mind. HER LAST GOODBYE was inspired by a video interview about the disappearance of a young woman. Her husband was pleading for information to help find his wife.  The man’s desperation was palpable, even in a video clip. He moved me. HER LAST GOODBYE began as the story of a man looking for his wife. As I wrote the book, however, the wife’s voice became stronger and stronger. By the time the draft was finished, it was clear that I’d written her story, not his.

Tell us a little bit about your main character. What makes her an ideal protagonist for a suspense novel?

Morgan Dane is a former prosecutor turned defense attorney who quit her job and moved home after her husband was killed in Iraq. Morgan is strong and intelligent, but her three young children and her grief also make her vulnerable. As a single parent also caring for a grandparent, she juggles everyday issues that make her very human and relatable. But her empathy and strong sense of justice drive her to help those who seem to have nowhere else to turn.

An important romantic trope is the reluctance of the couple to give in to their attraction. Do you use this mutual reluctance in your book, and if so, how do you make the romantic progression believable?

I’ve never approached the romantic conflict in my books from this perspective. Instead, I place believable obstacles in the path of the relationship. For example, Morgan Dane is a recent widow who has been grieving for two years. She has young children. Her desire to proceed slowly with a relationship feels normal and natural.

I wrote my first book with no knowledge of genres or tropes. While it made the learning process slow, it allowed me to develop a voice that was fresh because I wasn’t limited by genre expectations.

I went through a period when I attempted to outline my plots before I started writing. But so often, the plot took unexpected turns as I wrote or my characters decided they didn’t want to adhere to my outline. So now I start with an idea and a few key twists and let the plot develop as I write. This often makes for a very stressful period when I hit the three-quarters mark of the draft when I’m attempting to pull all the story elements together. But I’ve learned to trust my process and not fight the way my brain works.

What’s next? Will we see more of Morgan and Lance?

I have just finished writing book three in the Morgan Dane Series. Bones Don’t Lie will release in March 2018. Book four is currently being plotted and should come out in the fall of 2018. 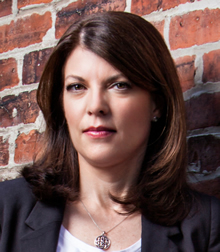 Wall Street Journal bestselling author Melinda Leigh is a fully recovered banker. A life-long lover of books, she started writing as a way to preserve her sanity while raising her kids. Over the next few years, she learned a few things about writing a book. The process was much more fun than analyzing financial statements, and she decided to turn her hobby into a career. Melinda’s debut novel, She Can Run, was nominated for Best First Novel by the International Thriller Writers. She is a RITA® Award Finalist and has earned three Daphne du Maurier Award nominations, Two Silver Falchion Awards, and Two Golden Leaf Awards.

Melinda holds a 2nd degree belt in Kenpo Karate. She’s dabbled in Arnis stick fighting, studied Brazilian Jiu-Jitsu, and taught women’s self-defense. She lives in a messy house in the suburbs with her husband, two kids, a couple of shelter dogs and two rescue cats who clearly run the show. With such a pleasant life, she has no explanation for the sometimes dark and disturbing nature of her imagination.