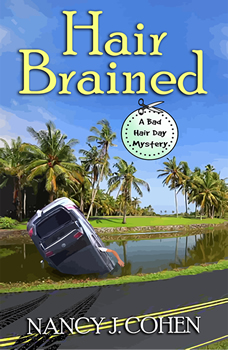 Was the car crash an accident or a deliberate attempt to run Marla’s friends off the road?

When hairstylist Marla Vail’s best friend is hurt in a suspicious car accident, Marla assumes guardianship of her infant son. No sooner does Marla say, “Baby want a bottle?” than she’s embroiled in another murder investigation. Her husband, Detective Dalton Vail, determines the crash may not have been an accident after all. But then, who would want Tally–or Ken in the car with her–out of the way? As Marla digs deeper into her friends’ lives, she realizes she didn’t know them as well as she’d thought. Nonetheless, it’s her duty as their son’s guardian to ensure his safety, even if it means putting her own life at risk. Can she protect the baby and find the culprit before someone else ends up as roadkill?

Life is short and you should be prepared for all eventualities.

Child deaths in hot cars is an important issue in South Florida. In the story, Marla meets a lady who tells her about this problem and how these tragedies can be prevented.

Marla, my hairstylist sleuth, faces her own insecurities by being forced into a role she didn’t expect to play, and it leads her to some life-altering changes. 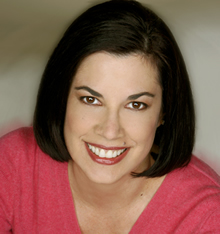 Nancy J. Cohen writes the Bad Hair Day Mysteries featuring South Florida hairstylist Marla Vail. Titles in this series have made the IMBA bestseller list, been selected by Suspense Magazine as best cozy mystery, and won third place in the Arizona Literary Awards. Nancy has also written the instructional guide, Writing the Cozy Mystery. Her imaginative romances, including the Drift Lords series, have proven popular with fans as well. Her first book in this genre won the HOLT Medallion Award. A featured speaker at libraries, conferences, and community events, she is listed in Contemporary Authors, Poets & Writers, and Who’s Who in U.S. Writers, Editors, & Poets. When not busy writing, Nancy enjoys fine dining, cruising, visiting Disney World, and shopping.