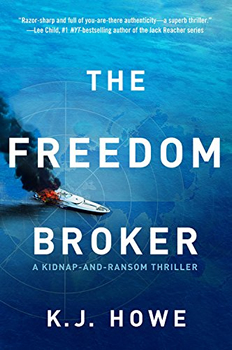 With few exceptions, female action heroes have historically been relegated to comic books and graphic novels, the likes of Super Girl, Elektra, and Wonder Woman dominating the pages with their superhuman powers. But there is nothing supernatural about the action heroes cropping up in today’s fiction—these literary heroines are tough, smart, and yes, often beautiful women who crave the adrenaline rush as much as their male counterparts, and they aren’t afraid to chase it.

In the words of at least one industry expert, “It’s time.”

“The increasing incidence of strong female protagonists in popular culture isn’t perhaps a trend so much as it is a reflection, the slow-in-coming result of generations of hard work by pioneering women (and some men) to right a historic imbalance—the election of Donald Trump over Hillary Clinton notwithstanding,” says Quercus publisher, Nathaniel Marunas.

“Whatever your political persuasion, the 2016 U.S. presidential election was a step backward in terms of representational progress; whereas the nation had just seen the end of the second term of the nation’s first president of color, the election of Donald Trump was a reversion to the old norm of a rich old white guy in the seat of power,” Marunas says. Debates about some of society’s longstanding issues rage again. Hot-button terms like “racism” and “feminism” have been thrust into the spotlight in the form of protests and marches, heated discussions, media attention, and pop culture infusion.

On the big screen, women have been kicking butt for some time. Back in 1979, Alien introduced a dauntless heroine and a cult icon with some killer action moves. Buffy, Lara Croft, and Katniss Everdeen have all carried the gauntlet with pride, but even so, progress up until the last year or so has been painfully slow. Noted sociologist Kathryn Gilpatrick looked at 157 protagonists in action films released between 1991 and 2005—only 7 percent took control of their situation, 58 percent were submissive to male characters, and 30 percent were dead when the credits rolled.

A more recent study would undoubtedly show a sharp change in statistics. 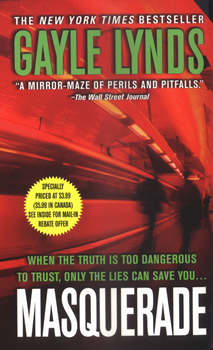 “The film industry has been trailblazing a path for female action heroes,” says K. J. Howe, author of the recently released thriller The Freedom Broker. “No longer pigeon-holing actresses into roles of the sidekick, the girlfriend, or the victim, recent movies like Wonder Women and Atomic Blonde, and TV shows like Homeland and Scandal, showcase strong female characters fearlessly leading others into the thick of the action.”

Progress, yes, but not without its challenges—and proponents. Even before Wonder Woman hit the screen, it faced sharp criticism. Viewers challenged the “female only” private screenings, and the word “feminism” was uttered with the kind of disdain often reserved for the other “F” word. Despite its smashing box office success—raking in more than $100 million domestically, a new record for a movie directed by a female—Wonder Woman continues to shoulder criticism, the most recent attacks coming from director James Cameron, who called the character “an objectified icon” and the movie a “step backwards.”

The film’s director, Patty Jenkins, fired back with this astute response: “If women have to always be hard, tough, and troubled to be strong, and we aren’t free to be multidimensional or celebrate an icon of women everywhere because she is attractive and loving, then we haven’t come very far, have we.”

The fact that she even had to defend the film—at least on its feminism—doesn’t sit right with industry reps like Marunas, who feels the criticism demonstrates a lack of context and imagination.

“Is it even possible to be ‘too feminist?’ ” he says. “Particularly in an age when women in this country are still fighting so hard for equal pay, control of their bodies, meaningful maternity leave, subsidized daycare, and so many other things that are givens in many Western democracies.”

Marunas certainly doesn’t think so, which is one of the reasons he’s happy to welcome more kick-ass female characters, particularly those not afraid to jump into the fray. One such character is Thea Paris, the adrenaline-seeking protagonist in Howe’s The Freedom Broker. 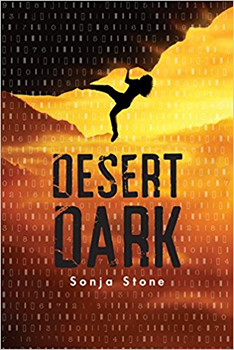 “I played mixed rep soccer and participated in other competitive sports, I learned how to ride a motorcycle, scuba dive, race boats, and enjoy other pulse-pounding pursuits.  There were no limits because of my gender,” Howe says. “Because I was so passionate about adrenalized adventure, when it came time for a series character, I ached to create a strong female immersed in a challenging and dynamic environment. Still, it was key that Thea not be a comic book hero, but rather a flawed and very human individual who struggles with life’s challenges.”

“Thea Paris was immediately appealing to us as a protagonist because she is strong and highly capable, but also vulnerable in believable ways,” Marunas points out. “This combination makes her feel like a fully realized person instead of a superhero. With high-profile kidnappings becoming more of a regular occurrence in the world’s political hot spots, this subject couldn’t be more timely, and the opportunities for high-risk negotiations, dangerous black ops, and politically consequential interventions are practically endless. Thea Paris is a heroine for our times.”

A much-needed relief for trailblazing authors such as Gayle Lynds, who admits she’s been waiting a long time for this moment.

“The tension between progress and regress can be fiery, and it’s what we’re seeing now,” she says. “Sexism may appear to be worse than ever, but at the same time the culture is hungering for balance.”

Lynds knows a little something about the inequality driving this hunger. Back in the mid-1990s, Lynds and her agent sent a spy thriller, Masquerade to the president of Dutton, asking whether the house would like to make a pre-emptive offer. The story is an action-packed adventure about a woman without a memory who’s told she’s a CIA intelligence officer. The publisher turned it down. 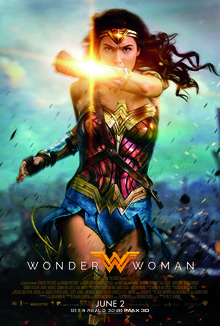 “The Dutton president came back to say she loved the story, she wanted to buy it, but ‘No woman could’ve written it.’ This was a shocking blow to me. I’d never questioned that a woman could write a spy thriller,” Lynds says. “Fortunately, my agent sent it next to the president of Doubleday, who never questioned whether a woman was capable of creating such a book.”

Despite its rocky beginning, Masquerade went on to be a New York Times bestseller and was later named by Publishers Weekly as a Top 10 spy thriller, listed among the thrilling books written by leading male authors in the genre, John Le Carre, Graham Greene, Ken Follet, Daniel Silva, and Joseph Finder.

While there has been a marked shift in progressive thinking, the playing field isn’t exactly level—yet. Lynds is one of the driving forces behind the creation of Rogue Women, a collection of female authors writing about action heroines, who support and promote one another through events, social media, and speaking engagements.

Young adult author Sonja Stone is a proud member of that collective, but notes that she’s seen less resistance than some of her counterparts when it comes to creating female action heroes. Readers of young adult fiction don’t just crave strong, confident, girls—they expect it.

“I think the trend appeared in YA novels well before the shift in our political climate,” Stone says. Her debut, Desert Dark, stars Nadia Riley, a 16-year-old girl who is transferred to an elite boarding school hidden deep in the desert. Turns out, it’s a top-secret training facility for the Black Ops division of the CIA.

“I actually started Desert Dark right after the release of the first Twilight movie. My kids were in middle school and all their friends had seen (and loved) Twilight. Being an overprotective mother, I watched the movie before I gave them permission to attend. While completely engaging, the movie—and its protagonist—wasn’t the example I wanted for my children. Edward’s message to Bella was clear: I’m bad for you, I’m dangerous, and to be with me, you need to change everything about yourself. So, I started writing the girl-saves-boy novel.”

In keeping with the tenants of great writing, Riley’s character evolves throughout the book—but she certainly doesn’t require the love of a sparkling boy to dictate her limitations, or lack thereof.

“The key characteristic of a ‘woman of action’ is that she takes action,” Stone says. “She is proactive (Katniss volunteering to take her sister’s place in The Hunger Games), not reactive (Bella being continually saved by Edward or Jacob). She makes a decision and moves forward—even if it’s a bad decision. She’s doing something. Her life is her own, and she writes her own story.”

She’s also fearless, independent, and in the habit of putting herself before others, Howe adds.

“They aren’t fair maidens in need of rescuing—instead they use their resourcefulness to figure it out themselves.  They have kind hearts and iron wills, and they pack a heck of a roundhouse kick.”

In reality, the definition hasn’t changed much since Lynds’ groundbreaking spy hero Masquerade introduced Liz Sansborough to the literary world—but society has, with many beginning coming to the realization that gender has little to do with heroism, even in fiction.

“Strong female and male characters share the same characteristics,” Lynds says. “They’re smart, compassionate, physically adept in some way, and have weaknesses that they need to come to terms with in the story. They grow determined, and despite fear and risk, continue their journey against whatever terrible forces stand in their way.  In other words, they’re heroic. Sometimes my male heroes are more sensitive than my female heroines, and other times it’s reversed. We’re all human. We just pee differently.”