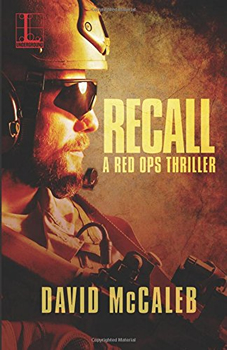 David McCaleb made waves with his debut novel RECALL. Sure, he can write. But it would be a great injustice to label him simply as a writer. Truth be told, if you put a Dos Equis in his hand, he may qualify as the most interesting man in the world. Well, Top Ten maybe. He still needs to age some and grow a beard.

David was kind enough to let me interview him about RECALL, but we may have drifted into areas you would expect: Insurance. Coffee. Recipes. You know…the usual.

Getting a novel picked up by a traditional publisher is no easy task. Can you tell us a little about your journey to publication and the book itself?

This is one of my favorite stories.  In truth, my trek was much like raising children—I question whether I would’ve consented to the matter had I fully understood the journey ahead.

I had the first chapter written for months, but nothing further. The opening was explosive, writhed with action, mystery, and a good hook. Tony “Red” Harmon kills two muggers while defending his family in a parking lot. He acts instantly, with skillful violence, but minutes later remembers none of it. As Red digs deeper, a past hidden even from himself emerges and threatens to tear apart his life and compromise national security. It was a military black ops thriller.

But despite the movement on the page, the manuscript went nowhere. I enjoyed daydreaming follow-up scenes and plot paths, but never put them on paper. At my 20th class reunion I spoke with a friend who had published several theological books. At his challenge, I decided to finish my own.

I pushed forward and scenes rolled freely. It was exciting because not even I knew the outcome, my vision never extended beyond the next scene. I wrote, read to my family, edited, and brainstormed the next chapters. Within six months, the novel was complete, well over a hundred thousand words. I went through the entire manuscript several more times, tweaking and polishing it to perfection. Only then did I disclose my project to anyone beyond my immediate family.

My two sisters requested copies. Both accomplished artists, albeit different crafts, I eagerly awaited their feedback. It came… but was not as enthusiastic as I had hoped. My eldest suggested, “There’s a writer’s workshop put on by a couple published authors at the local arts center. You might want to try it out.”

But I’d already written the book.  Refined it.  This was the next New York Times bestseller!  Nevertheless, the workshop was only a few miles from my home, so I conceded to give it a try.

This clinic was the pivotal point in my writing career.  I still attend, six years later and counting.  We sat around a table and a chapter from each member was read aloud.  The author couldn’t speak during their review, the concept being a reader only had what was on the page.  Several times I tried to explain, “I was trying to…” or “I meant…,” and was bluntly told it didn’t matter.  A reader had no benefit of the author leaning over their shoulder and explaining.

It took four weeks for me to accept I needed to learn how to write.  That was a heavy load.  Like a father who’d just moved their last child into the college dorm to awaken the next day to sounds of morning sickness emanating from the bathroom.

Lesson learned.  I purchased a few craft books and devoured them, dog-earing pages, and writing notes in the margins.  Even so, each week at class, after I’d corrected all the prior faux pas, I was introduced to a new list.  Over the next three years, my manuscript went on a personal makeover.  But the pivotal difference was the weekly accountability, and ensuing humility, of having my work critiqued and red-lined.

After RECALL was ready to send out, I continued to write, drafting the sequel, while also scouring for literary agents and submitting query letters.  Over time, I received many declinations.  I lost count.  I’m told that today, getting an agent to simply read your first chapter is like trying to bathe a cat.

Finally, an editor for Kensington contacted me and said they were interested in my manuscript.  By that time, I had started the third book in the series and I ended up with a three-book deal.

You attended the Air Force Academy and went on to serve several years in the Air Force. Obviously, you draw upon your military experience when writing. Are there any particular experiences you had that assisted you in writing RECALL?

I enjoyed my time in the military and draw from those experiences, but my active duty job didn’t entail anything like the special ops genre of my novels.  I actually did more exciting things at the Academy such as training for Survival, Evasion, Resistance, and Escape (SERE) or jumping out of airplanes.  However, as a finance officer I developed a broad outlook as I worked with many units, from one end of a base to the other, all the way up to command levels, and even other military departments.  This background provides depth to my writing.

A lot of authors have a varied background. However, your skill sets seem to be all over the place (in a good way). Without making those of us with a more-limited range cry, tell us about your work history. 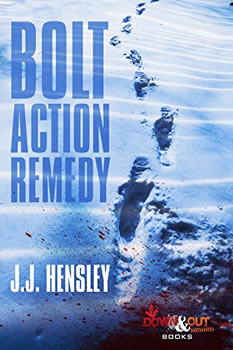 You said that so nicely.  Many wonder if I have trouble holding a job.  But I am an entrepreneur, which means I’m good at starting things, bad at managing them, and my wife has given serious consideration to either divorcing or killing me several times.

Starting from my teens, my work history includes bullet manufacturing, marine construction, military finance, corporate finance, internet retail, and (finally) insurance.  Those are the major highlights, during which there were many lesser ones.  I’ve been from blue collar to board room and back again.  And it’s all my fault.

But applying this to writing, the ventures aren’t nearly as important as the experiences pulled from them.  These enable me to get into the head of my characters.  I can write about the searing heat of a few splashed droplets of liquid lead burning through my cotton shirt, the chemical sting on my belly of fifty-year-old creosote timbers as I heave out old dock pilings from sulfur marsh, and the roiling swelter of a Virginia summer radiating from freshly stapled roof shingles.

But story is built upon characters.  And surprisingly, my current work in commercial insurance has introduced me to hundreds of charismatic individuals that help with that.  I’ve toured countless manufacturing operations, seafood processors, and auto parts distributors.  I’ve become acquainted with the proprietors of wineries, chemical blending facilities, and mobile home park slums.  I’ve placed several of these folks onto the pages of my novels and chased them about with loaded weapons. It’s quite entertaining.

As I went through your website, I was not surprised to see images of military personnel and weapons. I WAS a little surprised when I found links for Recipes and a Coffee business. Are you trying to kill us or tempt us with goodies?

My publisher, Kensington, does a great job providing guidance to their new authors.  When I first signed, they gave me a list of expectations for an author website.  But besides military thrillers, Kensington also publishes romance and cozy mysteries, so the list was a bit generic.  I didn’t think about the recipes applying to readers of other genres.  But, as you pointed out, with rifles and planes and armed military operators in the header of nearly every page, there is little doubt as to my chosen topic.  So I left the recipes up there anyway.

As far as the coffee goes, who doesn’t love it?  I sell it from my website because all of us in writing or publishing mention java in our Twitter bio.  I hunted for a skilled roaster and found one that produces incredible coffee.  And like me, they enjoy it strong, but not over-roasted.  With their help, I branded Writer’s Brew, coffee for oiling the creative engines of the publishing industry.  Visit www.davidmccaleb.com and order some!

Now that you are published and finding success in the book world, is there anything that has surprised you about the business? Anything you would want newer authors to know?

To new authors, my advice is to study your craft, and persevere.  Don’t do what I did and write an entire novel before figuring out you don’t know what you’re doing.  There are many excellent craft books on the market and most colleges offer creative writing courses.  I highly recommend joining a writer’s critique group, led by a professional.  These are great encouragement and extremely educational, as long as constructive criticism is free to flow in copious amounts.

Finally, what’s next for you?

RECON, the third novel of the Red Ops thriller series, is written and I will soon be passing it to my publisher.  But before starting on the next in the series, I typed the first 20,000 words of a new novel my daughter and I brainstormed while I helped with one of her creative writing classes.  As much as I’ve tried, I cannot get the story out of my head.  It’s about a young oyster farmer in Maine who gets drawn back in time by the spirit of his dead sister to the arrival of Norsemen in Canada.  He’s dropped into a different body, that of a Viking aboard a longboat, as they race to recapture their chieftain’s daughter from a hostile band of Mi’kmaq, the indigenous Indians of the area.  Trying to discover how to return to his own time, he is drawn into the Vikings’ mission, discovering his fate is linked to the rescue of the kidnapped young girl.  As you can tell, it’s not a military thriller.  But I’ve got to get it out of my head, which means finishing it.  Writing it down.  It may just have to be a labor of love! 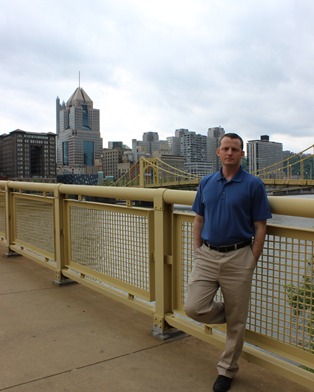 J.J. HENSLEY is a former police officer and former Special Agent with the U.S. Secret Service.  He graduated from Penn State University with a B.S. in Administration of Justice and has a M.S. degree in Criminal Justice Administration from Columbia Southern University. Hensley’s works include the novels Measure Twice and Resolve; the latter was named one of the BEST BOOKS OF 2013 by Suspense Magazine and was a finalist for Best First Novel at the 2014 Thriller Awards. His new thriller, Bolt Action Remedy, is coming out on October 2 from Down and Out Books.