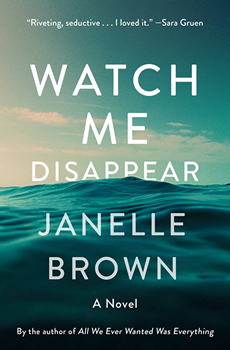 It’s been a year since Billie Flanagan—a beautiful, charismatic Berkeley mom with an enviable life—went on a solo hike and vanished from the trail. No body, only a hiking boot, was ever found. Her husband and teenage daughter have been coping with Billie’s death the best they can: Jonathan by drinking, Olive by growing remote.

But then Olive starts having waking dreams—or are they hallucinations?—that her mother is still alive. Jonathan is worried about Olive’s emotional stability, until he starts unearthing secrets from Billie’s past that bring into question everything he ever knew about his wife. Is it possible that Olive is right—that Billie isn’t dead after all?

WATCH ME DISAPPEAR is about narrative—about the stories we tell ourselves about the people we love, and how those stories can diverge so radically depending on point of view. I would love readers to come away from my novel thinking about the slipperiness of truth, about how little we can truly know another person, and how our own perceptions and desires shape the way we perceive the people around us. We see what we want to see.

As a suspense novel about a mother who vanishes, WATCH ME DISAPPEAR unspools its story in an unusual way—through the P.O.V. of the woman’s husband and her teenage daughter (as well as excerpts of the husband’s half-written memoir). Husband (Jonathan) and daughter (Olive) have contrasting memories about the woman they remember, and the book leaves the reader guessing as to the truth, as the same events are viewed through contrasting lenses. Whose story is the accurate one? Is there a truth about Billie that can even be discerned?

I was surprised at how deeply involved I got in the psyche of Billie Flanagan, my missing mother. She became such a fully formed—and yet slippery—person, that I grew as obsessed with her as the protagonists in my novel are. She is by far the most complicated character I have ever written, and also the most interesting, which is why her husband and daughter are still trying to pin her down a year after her presumed death. Even after working on this novel for four years, I feel like I still have things I’m learning about Billie.

My book is a suspense novel—where is Bille? Is she still alive? What are the secrets from her past?—but it’s also a coming of age story, about a 16-year-old girl coming to terms with herself; as well as a relationship story, about a father and his daughter learning how to navigate their reduced family after a trauma. The mystery may be what makes it a page-turner, but the emotional relationship between Jonathan and Olive is what gives it real heart.

I’m a big fan of female suspense and mystery writers: Megan Abbott, Tana French, Laura Lippman, Gillian Flynn, Lauren Beukes. The fiction that they write, which crosses over into the domestic sphere, and merges literary fiction with genre fiction, were what inspired me to write my own third novel. They write books from surprising points of view, books that grip my mind as well as my heart. 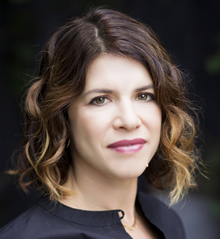 Janelle Brown is the bestselling author of the novels All We Ever Wanted Was Everything, This Is Where We Live, and the upcoming Watch Me Disappear. Her journalism and essays have appeared in The New York Times, Vogue, Elle, Wired, Self, The Los Angeles Times, and numerous other publications. Previously, she worked as a senior writer at Salon, and began her career as a staff writer at Wired during the dotcom boom years. A native of San Francisco and graduate of UC Berkeley, she has since defected to Los Angeles, where she lives with her husband Greg, their two children, and a geriatric lab mix named Guster.

To learn more about Janelle, please visit her website.