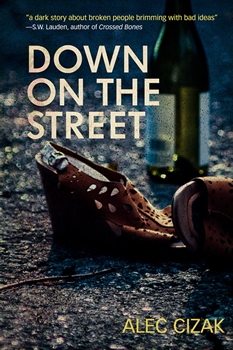 What price can you put on a human life?

Times are tough. Cabbie Lester Banks can’t pay his bills. His gorgeous young neighbor, Chelsea, is also one step from the streets. Lester makes a sordid business deal with her. Things turn out worse than he could ever have imagined.

“Alec Cizak demonstrates in DOWN ON THE STREET that he remains among the top fiction writers alive, regardless of genre. This is a crime story, but it’s so much more. Words like sharpened blades cut out the reader’s heart, emotionally and otherwise. I read this novella in a burst. A week later, I’m still absorbing it.” —Rob Pierce, author of Uncle Dust and With the Right Enemies.

Alex Cizak spent some time with The Big Thrill discussing his latest novel, DOWN ON THE STREET:

It cuts right to heart of the motivation(s) behind most crime—economic terrorism against the working class.

I was certainly surprised when I realized, late in the writing of the rough draft, that I would be redeeming the protagonist and giving the book, in an odd way, an upbeat ending.

I think at the heart of the book there’s a subtle message about the danger of conformity, of mindlessly going along with the collective at the expense of your own personality.

The authors that have influenced me as a crime writer are Kafka, because he understood how individuals get abused by the collective; Henry Miller and Charles Bukowski, they wrote about sex and poverty in an honest manner that still shocks people today; and, of course, Jim Thompson, who wrote about doomed losers making plans that never follow through the way they’d hoped. 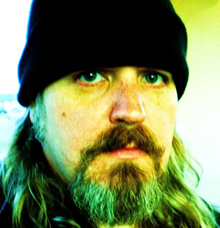 Alec Cizak is a writer and filmmaker from Indianapolis. His short fiction has appeared in several journals and anthologies. He is also the editor of the fiction journal Pulp Modern.

Treble at the Jam Fest by Leslie Budewitz