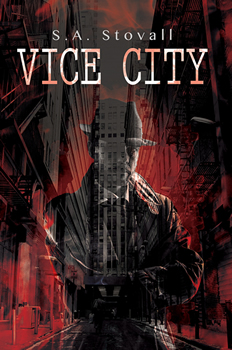 After twenty years as an enforcer for the Vice family mob, Nicholas Pierce shouldn’t bat an eye at seeing a guy get worked over and tossed in the river. But there’s something about the suspected police mole, Miles, that has Pierce second guessing himself. The kid is just trying to look out for his brother anyway he knows how, and the altruistic motive sparks an uncharacteristic act of mercy that involves Pierce taking Miles under his wing.

When Miles wants to repay Pierce for saving his life, Pierce shouldn’t see him as anything but a convenient hookup…. And he sure as hell shouldn’t get involved in Miles’s doomed quest to get his brother out of a rival street gang, the Cobras. He shouldn’t do a lot of things, but life on the streets isn’t about following the rules. Besides, he’s sick of being abused by the Vice family, especially Mr. Vice and his power-hungry goon of a son that treats his underlings like playthings.

So Pierce does the absolute last thing he should do if he wants to keep breathing—he decides to leave the Vice family in the middle of a turf war.

S. A. Stovall was gracious enough to spend some time with The Big Thrill discussing her novel, VICE CITY:

I hope readers will walk away from this book thinking “I enjoyed that—great way to spend my time—can’t wait to read more by that author’” Nothing is better than hearing someone was entertained by your story, and I want them to be satisfied considering this is my debut. There are also themes of redemption and self-sacrifice within the novel, but that’s not as important (in my opinion) as pure enjoyment.

The book contributes to the genre by adding a thriller told from a mobster’s perspective (a mobster that wants to exit the industry and struggles with shaking the life). Not only that, but the story takes place within a fictional city, so lots of worldbuilding and law enforcement dynamics. Overall, I think it contributes positively and will leave the reader feeling that they’ve never experienced a story quite like it.

New or surprised me? I learned that the words “Colt Railgun” are etched into the side of those handguns, which is neat.

Pierce teams up with a younger guy named Miles (back of the book stuff here) but during their time together (as they navigate a turf war between gangs) Pierce notes Miles is making all the same mistakes he made as a younger man. He fears Miles will end up like him, which spurs the start of Pierce’s change. He realizes he’s not very happy with himself.

Stephen King, Robert A. Heinlein, and Tom Clancy are three of my favorite authors, and I love what they’ve contributed to the world. Stephanie Meyer made me think “I could do this too,” and for that, I’m eternally grateful. J.K. Rowling makes me hope more novels like hers will make the rounds. 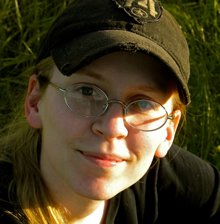 S.A. Stovall grew up in California’s central valley with a single mother and little brother. Despite no one in her family having a degree higher than a GED, she put herself through college (earning a BA in History), and then continued on to law school where she obtained her Juris Doctorate.

As a child, Stovall’s favorite novel was Island of the Blue Dolphins by Scott O’Dell. The adventure on a deserted island opened her mind to ideas and realities she had never given thought before—and it was the moment Stovall realized that storytelling (specifically fiction) became her passion. Anything that told a story, be it a movie, book, video game, or comic, she had to experience. Now as a professor and author, Stovall wants to add her voice to the myriad of stories in the world, and she hopes you enjoy.