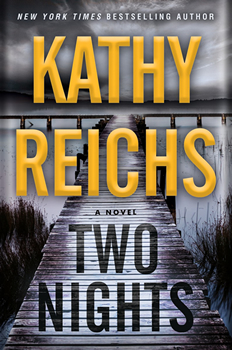 A standalone thriller featuring a “tough-talking, scarred heroine” from the author of the Temperance Brennan series, the basis for the hit TV show Bones.

Meet Sunday Night, a woman with physical and psychological scars, and a killer instinct…

Sunnie has spent years running from her past, burying secrets and building a life in which she needs no one and feels nothing. But a girl has gone missing, lost in the chaos of a bomb explosion, and the family needs Sunnie’s help. Is the girl dead? Did someone take her? If she is out there, why doesn’t she want to be found?

It’s time for Sunnie to face her own demons—because they just might lead her to the truth about what really happened all those years ago.

International bestselling  author Kathy Reichs took time out of her busy schedule to discuss her latest novel, TWO NIGHTS, with The Big Thrill:

New beginnings. There’s no end to the number of times you can reinvent yourself. That’s true for me, and for my new character Sunday Night. They say you can’t teach an old dog new tricks. I disagree. The old dog will learn the trick, but she will do it her own way, will think your way of teaching is wrong, and will growl at you if you try to tell her to do it differently.

Sunday Night flirts with many thriller-heroine molds, but fits into none. We writers rely on certain devices for practical reasons—a sleuth must have access to information. That requires a special relationship with formal authorities. Hence, many characters are ex-cops with friends on the force, or licensed investigators. Sunnie is neither. She’s a private jane who didn’t leave the police or the military on good terms, and just wants to be left alone. While Sunnie is no ordinary person, it’s her very “ordinary person-ness” that drives her out of self-imposed exile to take on a case—her history and brokenness drive her actions, rather than her profession. Readers will see that under the right circumstances, if life has left certain scars, they could be Sunnie too.

How terrifying, and thrilling, it was to write a non-Temperance Brennan novel. It’s bittersweet for me that TWO NIGHTS will publish the same year that BONES, the TV show based on my novels, ended its twelve-year run on FOX. Tempe’s work is science driven—the boundaries of forensic anthropology, and her cerebral personality, imparted a framework to those 18 novels. My new heroine, Sunday Night, is a wild card. She is unchecked, unpredictable, and occasionally, uncontrollable—her nightmarish past fanning a slow-burning rage. I’m more like Tempe, so it was exhilarating to let it all go with Sunnie.

I’ll be straight, I like dark. I like to see humanity sans make-up, to know what happens in those battered houses I see from the car window. This novel takes you to some gritty and raw places you would (hopefully) never personally go. And Sunday Night is neither pure nor controlled, dragging readers through her own darkness. But there’s a shiny penny, too, and that’s family. Not necessarily the traditional definition of “family,” but the emotion intended by the word. Family plays a bigger role in TWO NIGHTS than in my past novels.

My childhood crush was Nancy Drew. She was the Queen of Cool in my young mind, and could do anything. I read every Nancy Drew mystery, twice. Now, I like my sleuthing a little darker—Dennis Lehane, Michael Connelly, Ian Rankin, Jo Nesbo, Karin Slaughter. I’ve been thrilled to see more strong female voices forging a unique tranche of “psychological suspense” thrillers. TWO NIGHTS will be enjoyed by anyone who raced through Gone Girl and The Girl On The Train. As I did! 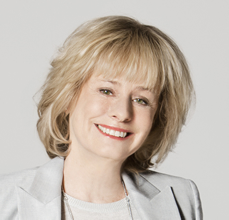 Kathy Reichs is the author of eighteen New York Times bestselling novels featuring forensic anthropologist Temperance Brennan. Like her protagonist, Reichs is a forensic anthropologist—one of fewer than one hundred ever certified by the American Board of Forensic Anthropology. A professor in the Department of Anthropology at the University of North Carolina at Charlotte, she is a former vice president of the American Academy of Forensic Sciences and serves on the National Police Services Advisory Council in Canada. Reichs’s own life, as much as her novels, is the basis for the TV show Bones, one of the longest-running series in the history of the Fox network.

To learn more about Kathy, please visit her website.

Vice City by S. A. Stovall