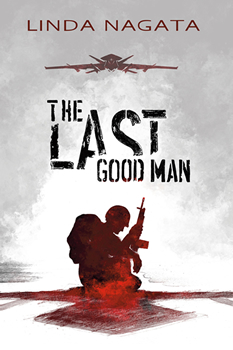 Scarred by war, in pursuit of truth: Army veteran True Brighton left the service when the development of robotic helicopters made her training as a pilot obsolete. Now she works at Requisite Operations, a private military company established by friend and former Special Ops soldier, Lincoln Han. ReqOp has embraced the new technologies. Robotics, big data, and artificial intelligence are all tools used to augment the skills of veteran warfighters-for-hire. But the tragedy of war is still measured in human casualties, and when True makes a chance discovery during a rescue mission, old wounds are ripped open. She’s left questioning what she knows of the past, and resolves to pursue the truth, whatever the cost.

The Big Thrill caught up with author Linda Nagata to discuss her military thriller, THE LAST GOOD MAN:

Advancing technology is often a two-edged sword. Armed, autonomous robotic systems are poised to change the balance of both risk and power in warfare. THE LAST GOOD MAN presents the reader with scenarios for how robotics might be used and what some of the human implications might be.

I have a stubborn streak. For a couple of years I’d been hearing chatter about how middle-aged women are rarely used as lead characters in science fiction novels. Oh, really? I’d already written one high-tech action novel with a mature woman as lead. It seemed like a good time to write another. I knew it would be a tough sell in the marketplace, but I hope readers will agree that f49-year-old True Brighton is a worthy, if unusual, protagonist for a near-future military thriller.

THE LAST GOOD MAN is one of those books that grew in the telling. When I began, I hoped to write a short, single-viewpoint thriller, but as I got deeper into it, I knew it needed to be a more complex story. By the time I finished, this “short thriller” had become my longest novel to date. 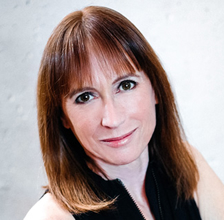 Linda Nagata is a Nebula and Locus-award-winning writer best known for her high-tech science fiction including the Red trilogy, a series of near-future military thrillers. The first book in the trilogy, The Red: First Light, was a Nebula and John W. Campbell Memorial-award finalist, and named as a Publishers Weekly Best Book of 2015. Book 3, Going Dark, was a runner-up for the Campbell Memorial award. Linda has lived most of her life in Hawaii, where she’s been a writer, a mom, and a programmer of database-driven websites. She lives with her husband in their long-time home on the island of Maui.