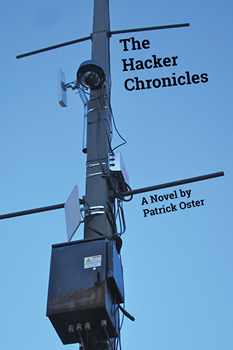 Aloysius Wachter, a clandestine hacker forced by circumstances to turn amateur detective, recounts several of his adventures that begin with spotting a murder on his first night on the job at a city agency that monitors everyone and everything through a 10,000-camera system.

The improbable hero starts sleuthing to save a beautiful young woman falsely suspected of the crime. He battles disbelieving cops, feds and Israeli hit men, and soon he’s being chased by Chinese cyber-spies and Russian hackers in episodes ripped from 21st Century headlines.

Helping him are two pals: Vassily, a Russian hacker on the run from his former gang, and Michelle, Vassily’s girlfriend, a Chinese hacker who used to work for the People’s Liberation Army. By the end of their adventures, Vic, Vassily and Michelle muse that their lives seem like a bizarro tale out of Alexander McCall Smith’s imagination, jokingly calling themselves the No. 1 Hackers Detective Agency.

Patrick Oster recently spent some time with The Big Thrill discussing his novel, THE HACKER CHRONICLES:

A fun introduction to the scary world of hacking, how it affects everyone, not just big companies or the government, and what tricks can be used to thwart a cyber-intruder.

Thriller writers need a much more detailed knowledge of technology from hacking to social media or their characters will seem out of date. I did an essay on this for The Daily Beast, which is due out this week if someone wants a copy. Might made a good session at ThrillerFest. 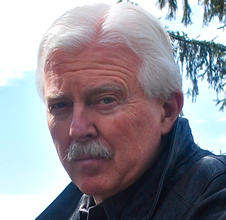 Patrick Oster, now writing fiction full time, was a managing editor at Bloomberg News and has worked as a journalist for Business Week in Europe, Knight Ridder in Mexico and covered the White House, State Department and the CIA as Washington Bureau Chief of The Chicago Sun-Times. He is the author of the nonfiction book, The Mexicans, a Book-of-the-Month selection. His award-winning comic thriller The Commuter was published by the Argo Navis imprint of Perseus Books. He also wrote the spy thriller The German Club. He is a member of the International Thriller Writers.

To learn more about Patrick and his books in progress, please visit his website.