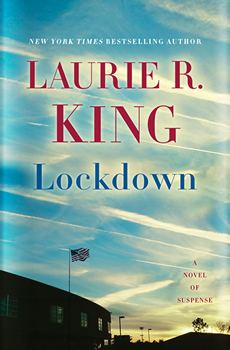 A community comes together when threatened by someone with a thirst for revenge in this stunningly intricate, tautly plotted novel of rich psychological suspense from the New York Times bestselling author of the Mary Russell mysteries.

Career Day at Guadalupe Middle School: A day given to innocent hopes and youthful dreams. A day no one in attendance will ever forget.

A year ago, Principal Linda McDonald arrived at Guadalupe determined to overturn the school’s reputation for truancy, gang violence, and neglect. One of her initiatives is Career Day—bringing together children, teachers, and community presenters in a celebration of the future. But there are some in attendance who reject McDonald’s bright vision.

A principal with a secret. A husband with a murky past. A cop with too many questions. A kid under pressure to prove himself. A girl struggling to escape a mother’s history. A young basketball player with an affection for guns.

Even the school janitor has a story he dare not reveal.

But no one at the gathering anticipates the shocking turn of events that will transform a day of possibilities into an explosive confrontation.

“[Laura R.] King delivers, providing both a drama-filled anatomy of the school and a chance for its community to show its best by the way it confronts the worst Career Day imaginable.”—Kirkus Reviews (starred review)

“A riveting story of suspense and tragedy out of the most seemingly mundane ingredients: kids and adults preparing for a day at school. The violence doesn’t explode until we’re well into the book, but the lead-up to the explosion has the feel of a brewing storm: we know something is going to happen, even if we don’t know what it is. A fine thriller, as timely as it is gripping.”—Booklist (starred review) 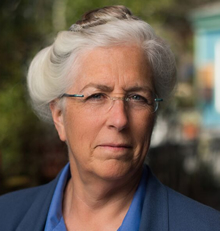 Laurie R. King is the New York Times bestselling author of 25 novels and other works, including the Mary Russell-Sherlock Holmes stories (from The Beekeeper’s Apprentice, named one of the 20th century’s best crime novels by the IMBA, to 2016’s The Murder of Mary Russell). She has won an alphabet of prizes from Agatha to Wolfe, been chosen as guest of honor at several crime conventions, and is probably the only writer to have both an Edgar and an honorary doctorate in theology. She was inducted into the Baker Street Irregulars in 2010, as “The Red Circle.”