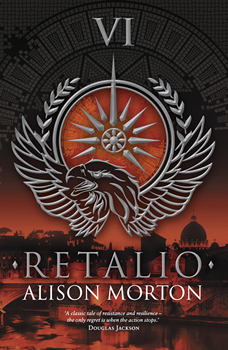 Early 1980s Vienna. Recovering from a near fatal shooting, Aurelia Mitela, ex-Praetorian and former foreign minister of Roma Nova, chafes at her enforced exile. She barely escaped from her nemesis, the charming and amoral Caius Tellus ,who grabbed power in Roma Nova, the only part of the Roman Empire to survive into the 20th century.

Aurelia’s duty and passion fire her determination to take back her homeland and liberate its people. But Caius’s manipulations have isolated her from her fellow exiles, leaving her ostracized, powerless, and vulnerable. Without their trust and support, Aurelia knows she will never see Roma Nova again.

The Big Thrill recently caught up with Alison Morton, author of the Roma Nova thriller series, to discuss her latest book, RETALIO:

The joy of finding a little bit of the Roman Empire in the 20th century, of political and military women plotting a tyrant’s downfall, the logistics of an invasion, fighting against a clever and brutal enemy, a story of love, hate, revenge and “Rome with guns,” as Conn Iggulden said of the previous book in the series, Insurrectio.

RETALIO is through and through a political thriller, but it takes all the standard thriller elements and twists them around in a historical, yet not historical spiral, and adds a dollop of feminism.

RETALIO is a story of political and personal rivalry in an imaginary surviving state of the once mighty Roman Empire. But with a difference.

Struggling to defend the tiny state and keep the families alive at the dissolution of the Roman Empire, Roma Novan women fought alongside their men. And they never forgot it as they rose to prominence through the ages.

Now in the late 20th century, the egalitarian state has been crushed into misery by a brutal dictator imposing male-only rule. Aurelia is their last best hope. But Caius, who has longed to dominate and defeat her since childhood, will do anything to stop her. Anything.

Robert Harris who introduced me to the alternative history thriller genre with Fatherland.

Ted Allbeury, Ken Follett and John le Carré, for their mastery of the espionage genre, and John Grisham for his legal thrillers.

And of course, we all love Lee Child and Jack Reacher! 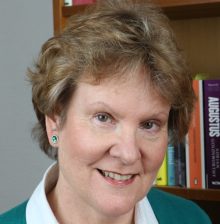 The first five books have been awarded the BRAG Medallion. SUCCESSIO, AURELIA and INSURRECTIO were selected as Historical Novel Society’s Indie Editor’s Choices. AURELIA was a finalist in the 2016 HNS Indie Award. The sixth, RETALIO, is out now.

A “Roman nut” since age 11, Alison has misspent decades clambering over Roman sites throughout Europe. She holds a MA History, and blogs about Romans and writing.

Now she continues to write, cultivates a Roman herb garden, and drinks wine in France with her husband of 30 years.

To learn more about Alison, please visit her website.