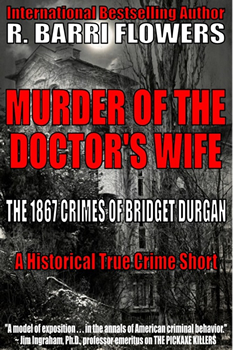 On the evening of Monday, February 25, 1867, Mary Ellen Coriell was brutally murdered at her home in Newmarket, New Jersey. The cold-blooded nature of the murder was shocking enough for residents of the town and elsewhere, but even more disturbing was that the culprit turned out to be the victim’s housemaid, an attractive young Irishwoman named Bridget Durgan.

The circumstances surrounding the murder—including jealousy, obsession, and delusion—were as old as time itself. The crime would come at a very steep price for the murderess who would be executed for the heinous act.

The sad tale of Mary Ellen Coriell’s untimely demise at the hands of someone she trusted and was ultimately betrayed by is a must for students of history, true crime, and homicide.

The Big Thrill recently caught up with the prolific R. Barri Flowers to discuss his latest true crime book, MURDER OF THE DOCTOR’S WIFE:

A sense of true history in reading the compelling tale of Bridget Durgan and the lengths she was willing to go to in ridding the competition for her imagined true love in this 19th century crime of passion.

Readers will also get a bonus historical true crime short, “Murder of the French Lover,” which chronicles the May 21, 1892, scandalous murder of Madame Lassimonne in Paris, France, by romantic rival, Claire Reymond, and its stunning outcome.

By highlighting historical domestic murders that have received scant attention relative to other more well known historical homicides. The cases are gripping and take a trip back to another time and place that will surely remain with readers long after completion.

I was somewhat surprised to see just how vicious female killers could be even as far back at the 19th century, and all in the name of love and vengeance.

I also realized that where it concerns violent criminality, what goes around comes around, as the old adage goes, and is most apropos in these true tales.

The story of Bridget Durgan will give a sense of the time and place, 19th century immigration and low end occupations, and the quick use of the death penalty, relative to modern times.

I have been influenced by countless authors for their talents and success. including Dashiell Hammett, Cesare Lombroso, Thomas Hardy, Agatha Christie, Daphne du Maurier, Sidney Sheldon, and more. 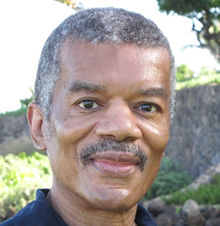 True crime titles include The Sex Slave Murders 1, 2, and 3, The Pickaxe Killers, Murder at the Pencil Factory, Murder of the Banker’s Daughter, Killers of the Lonely Hearts, Dead at the Saddleworth Moor, and Serial Killers and Prostitutes.