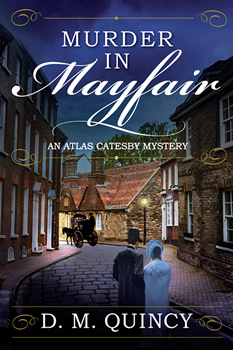 In 1810, Atlas Catesby, a brilliant adventurer and youngest son of a baron, is anxious to resume his world travels after a carriage accident leaves him injured in London. But his plans are derailed when, passing through a country village, he discovers Lilliana Warwick being auctioned off to the highest bidder—by her husband. When the husband turns up dead several weeks later, Atlas is the only one who can help clear her name of the crime.

Fortunately, Atlas is a master at solving complicated puzzles, both with games and the intricacies of human motivation, and finds himself uniquely suited to the task, despite the personal peril it may put him in. But soon Altas learns the dead man had many secrets—and more than a few enemies willing to kill to keep them quiet—in MURDER IN MAYFAIR, the first in a new historical mystery series by D. M. Quincy.

The Big Thrill had an opportunity to sit down with D. M. Quincy to discuss her novel, MURDER IN MAYFAIR:

A strong sense of what is was like for a woman to live in early 1800s England. Lilliana, who the protagonist meets in the first few pages, is sold in the public square by her husband and is powerless to do anything about it. Women were considered chattel; once a woman married, she became one person with her husband and he essentially was that person. A woman had no rights to her children. Once her husband sells her away, Lilliana has no rights under the law to see her children. But Lilliana is a clever woman and manages to twist the law to her own advantage in a small way that infuriates her husband.

MURDER IN MAYFAIR is a perfect blend of historical fiction and mystery fiction. While it’s a whodunit featuring scandal, villainy, and deceit, the novel also offers a window into another world, allowing the reader to learn a little something about history—in an entertaining and engrossing way—that the reader might not have known before.

I learned that women were, in fact, sold by their husbands in the 1700 and 1800s. However, since they were not divorced from their husbands, their reputations—and often their lives—were completely ruined. However, there was one account where a woman sold by her husband was purchased by a duke, who ended up marrying her and making her a duchess.

MURDER IN MAYFAIR touches on some fairly significant social issues, which figure intriguingly into the plot. While these issues are still being debated today, they are far more accepted in modern times than they were in the early 1800s. In Regency England, topics such as abortion, premarital sex, and homosexuality were so scandalous and ruinous, that they could be a motive for murder…

I would have to say C.S. Harris, Ashley Gardner, an Tasha Alexander were instrumental in my decision to write mysteries. I have not had the pleasure of meeting any of these talented authors, but I am slightly obsessed with their historical mysteries. 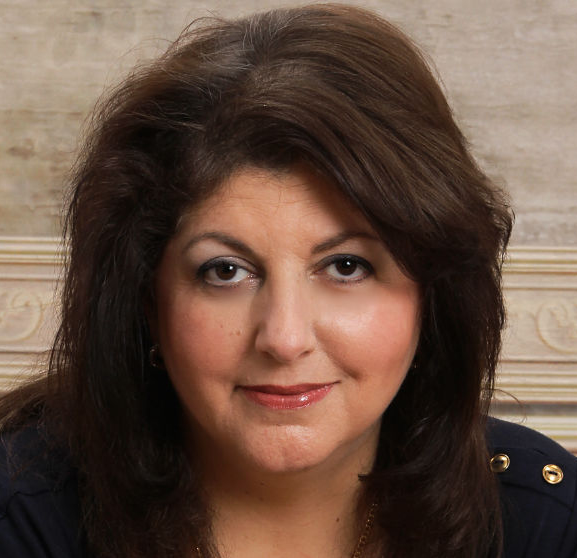 D.M. Quincy grew up as a U.S. Foreign Service brat, which means she spent most of her childhood roaming the world, primarily in less developed countries. That’s probably why the protagonist in her Atlas Catesby mystery series travels to far-flung places as often as he can.

After college, D.M. became a television journalist. She covered dozens of crimes, including violent unsolved murders that stayed with her for years afterwards. She’s pretty sure that had something to do with her decision to write her own stories in which a brilliant amateur detective always gets the bad guy (or girl), thus making sure that justice is always served.

When she isn’t hunched over her laptop researching ways for her villains to kill people, D.M. reads, spends time with her family, devours foreign television mystery series on Netflix, and plots her next travel adventure.