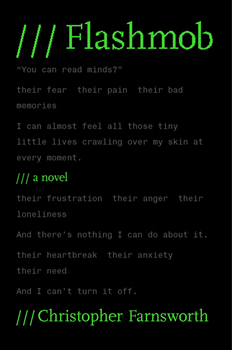 As a fixer for America’s one percent, John Smith cleans up the messes of those rich enough to afford him. But he’s no ordinary gun for hire. Smith is a man of rare gifts, including the ability to read minds. Arriving at the wedding of Kira Sadeghi, a reality television celebrity he recently saved from kidnappers, Smith witnesses a group of gunmen open fire, hitting the bride and others. Though he’s unarmed, Smith cripples one of the killers and is able to pry one word from his mind: “Downvote.”

Eager to learn more, Smith hacks into the brain of an FBI agent investigating the attack to discover the Bureau has been investigating a nefarious new threat called “Downvote,” an encrypted site on the “dark net” that lists the names of celebrities and offers a hefty bounty for anyone who can kill them—unleashing an anonymous and deadly flashmob with a keystroke.

Finding a mastermind on the internet is like trying to catch air—unless you’re John Smith. Motivated by money and revenge, he traces a series of electronic signatures to a reclusive billionaire living at sea, accompanied by a scary-smart female bodyguard who becomes Smith’s partner in his quest. The hunt for their prey will lead from Hong Kong to Reykjavik to a luxury gambling resort deep in the Laotian jungle. Yet always this criminal mastermind remains one step ahead.

The only way Downvote’s creator can stop Smith is to kill him . . . because while this diabolical genius can run, there’s no hiding from a man who can read minds.

I want readers to enter the world of John Smith and be taken on a ride. I want them to see inside other people’s heads for a while, and forget about whatever else is going on around them. I want them to be immersed in places they’ve never been. And most of all, I want them to have fun until the last page, and then keep thinking about the book long after they’ve put it down.

I’m trying to do two things with the John Smith books. First, I want to show people how technology is changing the way we live, and how it’s forever altering what we think of as privacy. A man who can read minds is nothing compared to what Facebook and Google already know about you. And second, I’m trying to show how John deals with the baggage of all the things he’s done. He’s forced to have empathy for the worst people he meets, because he knows what’s going on inside their heads. In the end, it’s about hanging on to our humanity in the face of extraordinary pressures.

I am constantly surprised and amazed by the advances in technology that I discover when I research these books. Our lives are under constant surveillance, and generating terabytes of data that is stored and can be used to track us at any moment—and that’s if we’re just average citizens. We are truly heading into a new machine age, and sometimes I wonder if even a psychic soldier like John Smith will be able to stand up to it.

This time out, John encounters a former member of the Chinese psychic soldier program. He has to deal with someone who can do all the same things he can do—and might be even better at them. But it’s also a chance for him to meet someone who knows what he endures on a daily basis. Even though they are on opposite sides in this book, John might have found the closest thing he’s ever had to a friend. 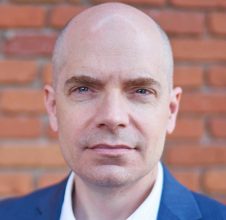 Christopher Farnsworth is a novelist, screenwriter, and journalist. He is the author of six novels, including KILLFILE, THE ETERNAL WORLD, and BLOOD OATH. Born and raised in Idaho, he now lives in Los Angeles with his family.