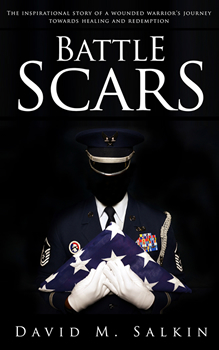 Marine Corporal Sean Nichols is wounded in a devastating ambush that takes the lives of his three friends and leaves him an amputee. If not for the heroism of his sergeant, Deke Tilman, who pulled him out of the road, Sean would have surely died with his fire team. With the help of Deke, Sean now embarks on his next mission—recuperate from his serious injuries, and visit the families of his fallen comrades as he tries to make peace with such profound loss.

BATTLE SCARS is a thought-provoking drama with compelling characters that illustrates the resiliency and strength of the human spirit, the power of love and friendship, and the ability to overcome even our darkest moments. Gritty realism and original storytelling breathe life into BATTLE SCARS as it inspires us with a surprising tale of heroism and the great sacrifice made by our modern war fighters. A novella you can read in a few hours, but will think about for days.

Unlike my usual thrillers, which are written simply to entertain my readers, BATTLE SCARS is written to tell the important story of the wounded warrior, and the experiences of today’s modern war fighter. A tale of patriotism, heroism and brotherhood, BATTLE SCARS will leave the reader thinking about the story long after they close the last page.

A realistic tale of the modern war fighter, BATTLE SCARS places the reader inside combat, injury, recovery, PTSD, and ultimately, salvation. BATTLE SCARS is more than “entertainment”. It’s the story that needs to be told because veterans have sacrificed so much, and we’re losing so many every year to suicide. This story, although a tough read, offers hope to our veterans.

The overwhelming support from veterans spanning forty years of combat has been inspiring. They want this story told, and it’s been an honor to speak with them about it. PTSD is much more than “nightmares and flashbacks,” and I hope this book will offer some hope to our wounded warriors and veterans.

BATTLE SCARS is the only thing I’ve ever written that made me cry writing it. It’s my 14th book. It’s my shortest, but perhaps my best and most powerful.

I have so many literary heroes! From Rudyard Kipling to Robert Crais, Lee Child, Michael Crichton, Nelson DeMille and Ken Follett—great writing has always inspired me to get better at my craft. 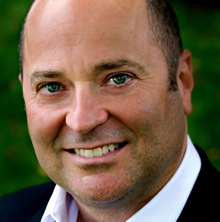 David M. Salkin is the author of fourteen published thrillers in various genres, including military espionage, crime, horror, science-fiction, action-adventure and mystery. With a writing style reminiscent of the late, great Michael Crichton, Salkin’s work keeps his readers turning pages into the late hours. His books have received Gold and Bronze medals in the Stars & Flags book awards, and David has appeared as a guest speaker all over the country, including twice as a panelist at Thrillerfest in NYC. David has also written two screenplays, and is in discussions with studios about possible production.

David is an elected official in Freehold Township, NJ, where he has served for twenty-three years in various roles including Mayor, Deputy Mayor, Township Committeeman and Police Commissioner. He is a 1988 graduate of Rutgers College with a BA in English Literature.

When not working or writing, David prefers to be Scuba diving or traveling. He’s a Master Diver and “fish geek”, as well as a pretty good chef and wine aficionado. To learn more about David, please visit his website.