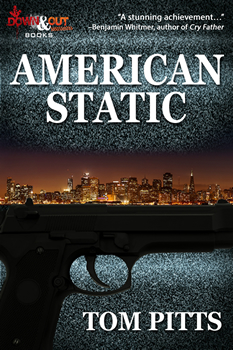 After being beaten and left for dead, Steven finds himself stranded alongside the 101 freeway in a small Northern California town. When a mysterious stranger named Quinn offers a hand in exchange for help reuniting with his daughter in San Francisco, Steven gets in the car and begins a journey from which there is no return. Quinn has an agenda all his own and he’s unleashing vengeance at each stop along his path. With a coked-up sadist ex-cop chasing Quinn, and two mismatched small town cops chasing the ex-cop, Steven is unaware of the violent tempest brewing.

The Big Thrill recently caught up with Pitts to learn more about this supercharged new tale of crime and suspense.

Tell us a little about your main character, Steven. What’s his journey been like up until now?

In many ways, Steven is like all of us were at his age. He’s naive, but he thinks he knows everything about anything. He grew up in a hip but sheltered household, raised by hippies in the deep woods of Northern California—the kind of parents who thought they were doing their boy a favor by keeping him from the world’s evils.

I enjoy being lost in the process, the wonderful feeling of not knowing where the story goes next. It sounds trite, but it’s like being writer, director, and actor in your own film. It’s a unique all-encompassing freedom that’s hard to replicate in other mediums.

Why did you choose this setting for your story?

Northern California is not only my home for the last thirty-four years, but also the setting for all my books thus far. AMERICAN STATIC is number two in my Northern California quartet. I tried to stretch the setting a little further than my previous novel, Hustle, by starting the action way up in wine country. I did my best to cover the highs and the lows of living in the Bay.

Empathy with the criminal. This novel is a study in having sympathy for the devil. It’s designed to view from the bottom up, with the anti-hero taking center stage.

It’s the anti-procedural. It’s a view from the criminal’s perspective. I hope that it sheds some light into the darker regions of the criminal psyche. I also hope the multiple POV approach accelerates the tempo. The decentralization of both protagonist and antagonist is intended to create a richer study of all the characters.

There’s an underlying theme of parenthood in this book. It’s the antithesis of family values. The dark side of unconditional love. 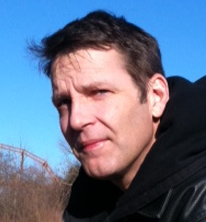 Tom Pitts received his education on the streets of San Francisco. He remains there, working, writing, and trying to survive. A new edition of his novel, Hustle, is also out from Down & Out Books.