A Haunting Tale Close to Home 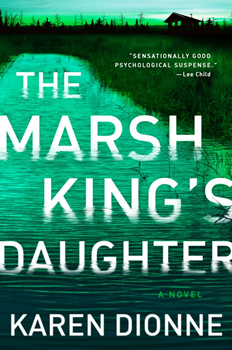 Karen Dionne’s hardcover thriller has garnered incredible advance praise and starred reviews, and is quickly becoming a familiar name on many readers’ lists for 2017. All well-deserved, as THE MARSH KING’S DAUGHTER is a haunting tale with a vengeance. This story of a child born to a kidnapped woman and her captor combines a coming-of-age story with a thriller, and, according to Lee Child, “sensationally good psychological suspense”—all wrapped in the voice of a strong character named Helena.

“I’ve always been intrigued by people who rise above a less-than-perfect childhood,” Dionne says, “and certainly Helena’s situation is extreme. That said, I didn’t consciously decide to tell the story of such a woman; instead, I woke up in the night with the first sentences of THE MARSH KING’S DAUGHTER fully formed in my head. I wasn’t dreaming about this character, she was just there, talking to me.”

As most writers and thinkers know, middle-of-the-night ideas don’t always look quite as wonderful in the morning, but this one did, and Dionne wrote a few paragraphs in the character’s voice. Those paragraphs now comprise the first page of the novel. THE MARSH KING’S DAUGHTER shares the title with an old children’s story, and the connection came not long after the original idea.

“I love books that offer a modern spin on a fairy tale, such as Eowyn Ivey’s The Snow Child, so I pulled my childhood fairy tale books off the shelf and started paging through them. When I discovered Hans Christian Anderson’s ‘The Marsh King’s Daughter,’ I knew this dark, complex tale would form the perfect backbone for Helena’s story.”

Most people agree that a story is only as good as its antagonist. In this case, Helena’s father, Jacob, fills the spot with flying colors. 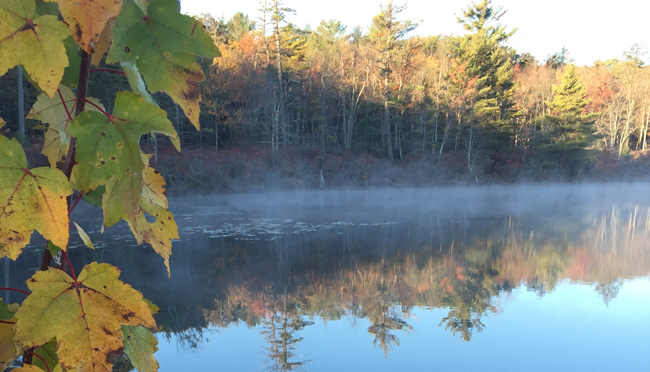 “Helena’s father is a self-centered narcissist who doesn’t deserve her love, yet she gives it to him unconditionally. In turn he uses her natural interests to shape her into a miniature version of himself, so in that sense, she is as much his captive as her mother. And yet she doesn’t feel captive, or deprived in any way; she loves her life in the marsh, hunting and fishing and foraging, and she loves her father, the same as any child. It’s not until she grows older and begins to develop her own moral compass that she questions what he does. This is what makes her situation so heartbreaking: her father has taken advantage of the normal love a child has for a parent and twisted it to his own ends.”

A big portion of story happens in an isolated location, a cabin on a ridge surrounded by marshland in the Tahquamenon River valley in Michigan’s Upper Peninsula. However, such an exotic locale came from the author’s experience.

“During the 1970s, my husband and I homesteaded in Michigan’s Upper Peninsula with our infant daughter, living in a tent while we built our tiny cabin, carrying water from a nearby stream, and sampling wild foods, so I definitely bequeathed to Helena my love of wild places and my ease with nature. And while I haven’t faced down a bear as Helena does in the novel, I have had close encounters. My living situation wasn’t nearly as extreme as Helena’s, so some of the skills she possesses, I do not. Though I can recognize many wild plants and know which parts are safe to eat and how to cook them, I’ve never hunted, or fished, or trapped—our meat came from the grocery store. Ever since I started writing novels twenty-odd years ago, I wanted to set a novel in the U.P., but it had to be the right story. I was so happy when I found it!”

Every author has a different approach to writing, and although the process may change with the passage of time, it’s a reflection of the writer’s commitment to the story. Dionne is no different, and her approach is as up-close and personal as Helena’s tale.

“I write my first draft in longhand. Each time I finish a chapter, I type it into the computer, which also serves as a light edit. Overall, I find writing in longhand to be far more productive, even though I have terrible handwriting, and have to force myself to slow down, or I’d never be able to read what I wrote. In my case, the slower, more considered pace of writing by hand is conducive to better work.” 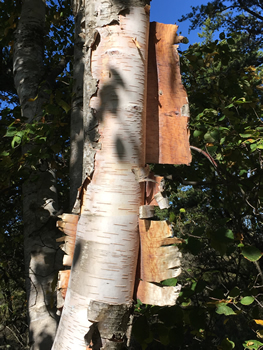 Not only an accomplished author, Dionne has invested time and effort helping other writers to find their way. For almost ten years she ran the Backspace Writer’s Conference in New York, and most recently, she manages the Salt Cay Writer’s Retreat, where best-selling authors and agents teach and share their experiences. She also served on the International Thriller Writers board of directors.

“The most important thing I learned from organizing and managing events for writers is that each person’s publishing journey is different. It’s no good comparing ourselves to others.”

She also learned that publishing is a long game. Dionne’s novel sold in a 12-way auction in the United States, a seven-way auction in the UK, with translation rights selling in 19 other languages — some at auction, and some for record amounts. But THE MARSH KING’S DAUGHTER sold 19 years after she took to writing.

“I would like to encourage anyone reading this interview who hasn’t yet attained their publishing goals to persevere. If I had become discouraged and quit writing before I got the idea for THE MARSH KING’S DAUGHTER, I never would have known what was just around the corner!” 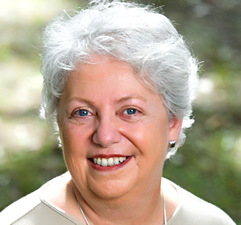 Karen Dionne is the author of The Marsh King’s Daughter and three other novels. She is also co-founder of the online writers community Backspace and the organizer of the Salt Cay Writers Retreat. She enjoys nature photography and lives with her husband in Detroit’s northern suburbs.

To learn more about Karen and her books, please visit her website.