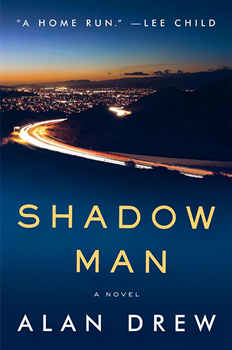 Southern California, 1986. Detective Ben Wade has returned to his California home town of Rancho Santa Elena for a quieter life. Suddenly, the town, with its peaceful streets and excellent public schools, finds itself at the mercy of a serial killer who slips through windows and screen doors, shattering illusions of safety. As Ben and forensic specialist Natasha Betencourt struggle to stay one step ahead of the killer, Ben’s own world is rocked again by a teen’s suicide. Ben must decide how far he is willing to go, and how much he will risk, to rescue the town from a long buried secret, as well as from a psychotic murderer. Shadow man brings us into the treacherous underbelly of a suburban California town, and a community confronted with the heart of human darkness.

Author Alan Drew was kind enough to spend some time with The Big Thrill discussing his latest novel, SHADOW MAN:

The serial killer in the novel is loosely based on Richard Ramirez, The Night Stalker, who terrorized Southern California the summer of 1985. While this book is a thriller, it is also an investigation of a place. The book is set in master-planned Rancho Santa Elena, a community that feels insulated from the crimes that happen in other towns. There’s another crime in this book, a more subtle and in some ways more devastating one, that complicates the narrative—it also complicates the life of detective Benjamin Wade as he goes deeper into the investigation of it. A crime that is caused by something dark within Rancho Santa Elena that suggests that the things we should fear the most are not outside, hiding in the dark, but are perhaps much closer to home.

Being an Iowa Writers’ Workshop graduate, I’m deeply committed to character. While places like Iowa are often suspicious of plot-driven novels, I am not. I enjoy a well-crafted and propulsive plot that feels natural to the character conflicts. I hope this book is a sort of hybrid—a “literary thriller”, whatever that means exactly. This book, I hope, is a page turner, but it is also concerned with revealing layers of hidden emotion in troubled characters, of using the genre as a way to talk about things we might not otherwise speak about—out of shame, fear, or denial. Also, I hope to confront the masculine image of the cop a bit, our contemporary cowboy, and suggest the emotional damage caused by the need to “be a man.”

Well, I’d never written a thriller before, so the whole book was a process of discovery. I found, after some time, that I enjoyed the procedural element of the story as a scaffold to build plot around. My last novel was so character focused that I sometimes spent days trying to figure out what should happen next. With this book, the investigation and the questions that needed answering gave the narrative—and my daily writing experience—a forward thrust that was sometimes exhilarating. The book demanded a lot of research, too—from investigative procedures to elements of forensic investigation and details about autopsies. In some ways, it seems to me (and this is probably not a new revelation) that investigators and writers are doing some of the same work—building a story that makes sense and explains why. Lastly, I was surprised (and a bit frightened) that I was able to enter into the mind of the serial killer in this novel. When my kids are old enough to read this book, they’ll probably wonder what’s wrong with their father!

The PR material emphasizes the serial killer element and the real-life connection to The Night Stalker. But the heart of this book, for me anyway, grows out of Happy Valley and the Jerry Sandusky sexual abuse scandal. I’m fascinated—and disgusted—by the layers of knowledge about the abuse, throughout the football program and perhaps the town itself. There was—and continues to be—a need for people to believe that the football program at Penn State under Joe Paterno and the town itself was the center of some perfect American moral idyll. The need is so strong, that some choose to believe it even in the face of much evidence to the contrary. This element reminded me of Irvine, CA, the town I grew up in and the model for Rancho Santa Elena. There was an element of denial there, too—of the child being beaten by his Vietnam vet father, of the skinheads targeting Latinos. I’m fascinated by that denial, that need to ignore human darkness as necessary to create an illusion of perfection that makes people feel safe. In this book, I wanted to confront that denial and see what happens when those darker elements cannot be ignored.

Oh, man, where to start? My two most influential teachers at Iowa were Ethan Canin and Marilynne Robinson. Ethan taught me many “nuts and bolts” elements of craft—from creating witty, revealing, and conflict-laden dialogue to how to construct plot. Marilynne made me think deeply about why I was writing a book, and my first novel, Gardens of Water, probably wouldn’t have been written at all had she not saved me from the jaws of my workshop peers, some of whom felt I had no right to write from the point of view of a Turkish man.

As far as this book goes, here are some of the books I read while writing it…

Among others… Sorry, I have a strange eclectic reading mix since I run the literary festival at Villanova (which tends toward “literary”) and I dip into more genre for “non-work” reading. 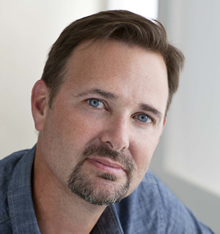 Alan Drew is the author of the critically acclaimed debut novel, Gardens of Water. He is a graduate of the Iowa Writers’ Workshop. An associate professor of English at Villanova University where he directs the creative writing program, he lives near Philadelphia with his wife and two children.