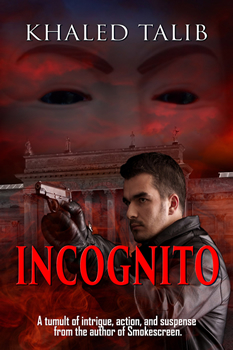 Any interesting stories about your research for INCOGNITO? How many popes did you have to kidnap to get it right?

From what I’ve read about popes through the centuries, several have suffered violent ends. In the initial phase, I thought of writing a murder mystery. It would’ve been easier to kill the pope. Then I started to get more ambitious. I decided to take him alive. My editor told me it’s impossible because the Pope’s security is tight. So I showed him how it could be done. I actually created a step-by-step plan. My editor then agreed with my theory. It’s not an idea I plucked from the air, but something I while researching the Pope’s movements. So I began writing the story. I think it sounds believable.

They say truth is stranger than fiction. As a former journalist, would you agree?

Yes, I totally agree. Of course, if you tell me vampires exist, I’ll laugh out loud. But there are some things that we can’t deny. We have all witnessed miracles and things happening that are out of the ordinary. Common knowledge says if a man falls off a building, he dies. Yet we have seen how some have survived. In some cases, they get up and walk away. How did that happen?

And let’s look at modern-day inventions. Authors and artists from the past envisioned flying cars. Today, it’s a reality. Critics back then must have laughed at the idea. Flying cars sound fictional. Well, look who’s laughing now? Just the other day I told my sister don’t be surprised that a day will come when we’ll be able to receive food through a computer printer. “Impossible!” she cried. Well, they have already produced lemon juice that can be delivered to you from a printer. We’re getting closer.

In your acknowledgements you mention fake news. Can you tell us who is delivering such stories so we can avoid them?

Fake news stories exist everywhere these days, but they have always been around. It’s just that we are receiving them faster because of the power of social media. There are many online sites that produce unverified information. Steps have been taken and continue to be taken to label such sites. As they say, the first casualty of war is truth.

But what scares me more is that fake news also exists in the traditional media, which I would describe more as “manipulative news” rather than fake. There might be some truth in it, but journalists, like public relations practitioners, know how to spin a story. They can take this angle or that angle and later come out with all kinds of excuses to defend their story.

At times, newspapers get sued for disseminating what has been deemed as defamatory. Later the reader learns that the story was not real after all. So why did the reporter run the story if there was no truth in it? Surely they have been trained to verify their facts. The first rule of journalism is responsibility. If you can’t get your facts straight, why run the story?

And then there are stories in which only one side is reported. Years ago, when the Iranian religious leader Ayatollah Khomeini issued a fatwa (religious edict) that Salman Rushdie should die for insulting the Prophet Muhammad in his novel, The Satanic Verses, the press didn’t highlight the viewpoint was restricted only to the Shia community. The news was blown out of proportion. Unknown to the rest of the world, the Al Azhar University in Cairo, the highest authority of the Sunni Muslim faith, had issued a press statement around the same time declaring that the author had the right to live. They may not have liked Rushdie’s novel, but they didn’t think he deserved death. Yet the newspapers, especially in the West, didn’t run the counter story. The question is why?

Do you find that the general public has put too much faith in whatever comes across the screen as fact?

I'[m afraid so. When I first watched that old movie, Midnight Express, I was afraid to visit Turkey. I mean I was really afraid, even though I had relatives over there. I finally visited Istanbul after meeting many Turks. Even so, there was a slight hesitation. There shouldn’t be, yet at the back of my mind there was that fear. During the trip, I met an Australian while were going on a mini tour. He told me one night while taking a walk he saw a group of Turks approaching him from the other side. Paranoia ran high. He expected them to hurt him, but it was just wild imagination. Nothing happened.

When I landed in Turkey, I loved it! One of the best countries in the world, and I can’t wait to visit it again. I had watched a few interviews with Billy Hayes, the man whose life the movie was based on. He explained that the movie had been exaggerated—he didn’t kill anyone. He added that the Turks were upset with the movie’s portrayal of their country. I can’t blame them as it affected the country’s tourism. Only after watching the Billy Hayes interviews did I realize that the movie was over the top. See? Even I was guilty of being duped by what I saw on screen.

After your first novel you had mentioned a dislike of the writing process. Which aspect was it, plotting or revising or actually writing the story?

I had sent the manuscript to several literary agents. Initially, they were excited when they read the first few chapters. But they were disappointed when they discovered the plot was unfocused. I wasn’t sure what to do. I was a green horn. It was stressful, but I kept my cool. It took a while to realize my flaws, and it was by chance that I discovered my own mistakes.

Rewriting the story was a struggle. I wasn’t even sure if I was on the right track. Then I resubmitted the manuscript, and one publisher, who rejected me previously, said yes the second time around. Even after that, I had to work with the publisher’s editor. They had a different house style. It was like going through an obstacle course. I didn’t think I’d finish as it involved plenty of revisions. It’s the little things, you know. They bog you down. 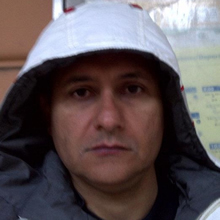 Khaled Talib is a former journalist with local and international exposure. His articles have been published and syndicated to newspapers worldwide, and his short stories have appeared in literary journals and magazines.

His novel Smokescreen was listed “Thriller of the Month” on e-thriller.com’s September 2014 issue.

The author was born and raised in Singapore. To learn more about Khaled, please visit his website.