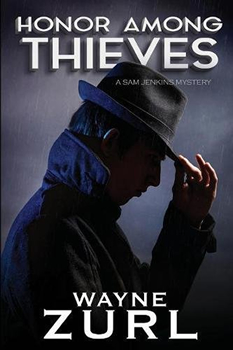 Cops run into all kinds of characters on the job. But when Chief Sam Jenkins meets four people from his former life as a New York detective, it throws him for a loop.

The first was a low level gangster named Carlo “Carly Nickels” DeCenzo—lying on a slab in the Blount County morgue with Sam’s name and phone number written on a scrap of paper in his pocket.

And there’s Dixie Foster, Sam’s former secretary and the woman who wanted to steal him away from his wife. Sam wonders why she’s turned up after eighteen years.

With DeCenzo’s murder unsolved, another body shows up in a Prospect motel—that of a retired detective and co-worker from Sam’s past.

When Sam receives a letter from an old mobster who warns him about a contract on his life, he wonders: Is this any way for a cop to spend his time on the “peaceful side of the Smokies?”

The Big Thrill caught up with author, Wayne Zurl, to discuss his latest novel, HONOR AMONG THIEVES:

Seven retired NY detectives join Sam Jenkins, their former boss, to help him find a killer and prevent a Mafia hit man from completing the contract on Sam’s life. None of the ex-cops will ever see sixty again, but they undertake a difficult investigation and come out smelling like roses. In the spirit of films such as Second Hand Lions, Space Cowboys and Reds, I hope readers will see these police “dinosaurs” as competent and effective professionals.

I’ve attempted to recreate the hard-boiled detective novel of the Raymond Chandler era to complement these older police officers. The modern computerized world takes a backseat to good old-fashioned “gumshoe” work with cops and hoods

You’ll see why most cops call their Internal Affairs Bureaus “the rat squad.”

Robert B. Parker for teaching me how to capitalize on a minimalist style of writing.
James Lee Burke for showing descriptions of people, places and events that, at times, approach being poetic.

Nelson DeMille, that “other guy” from Long Island, who provides his protagonist, Det. John Corey, with an endless supply of high quality smart-ass remarks. 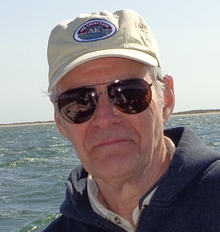 Wayne Zurl grew up on Long Island and retired after twenty years with the Suffolk County Police Department, one of the largest municipal law enforcement agencies in New York and the nation. For thirteen of those years he served as a section commander supervising investigators. He is a graduate of SUNY, Empire State College and served on active duty in the U.S. Army during the Vietnam War and later in the reserves. Zurl left New York to live in the foothills of the Great Smoky Mountains of Tennessee with his wife, Barbara.

Twenty-seven of his Sam Jenkins novelette mysteries have been published as eBooks and many produced as audio books. His full-length novels are: A NEW PROSPECT, A LEPRECHAUN’S LAMENT, HEROES & LOVERS, PIGEON RIVER BLUES, A TOUCH OF MORNING CALM and A CAN OF WORMS. A new novel, HONOR AMONG THIEVES, is on tap for 2017 as are three anthologies that will put eighteen 18 novelettes in print for the first time.

Zurl has won Eric Hoffer and Indie Book Awards, and was named a finalist for a Montaigne Medal and First Horizon Book Award. He is a full member of the International Thriller Writers and a board member of the Author’s Guild of Tennessee. For more information on Wayne’s Sam Jenkins mystery series visit his website where you can read excerpts, reviews and endorsements, interviews, coming events, and see photos of the area where the stories take place.