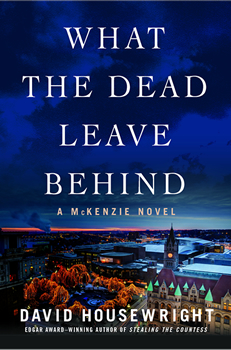 Once a police detective in St. Paul, Minnesota, Rushmore McKenzie has become not only an unlikely millionaire, but an occasional unlicensed private investigator, doing favors for friends and people in need. When his stepdaughter Erica asks him for just such a favor, McKenzie doesn’t have it in him to refuse. Even though it sounds like a very bad idea from the start.

The father of Malcolm Harris, a college friend of Erica’s, was found murdered a year ago in a park in New Brighton, a town just outside the Twin Cities. With no real clues and all the obvious suspects with concrete alibis, the case has long since gone cold. As McKenzie begins poking around, he soon discovers another unsolved murder that’s tangentially related to this one. And all connections seem to lead back to a group of friends the victim was close with. But all McKenzie has is a series of odd, even suspicious, coincidences until someone decides to make it all that more serious and personal.

Author David Housewright recently sat down with The Big Thrill to discuss his novel, WHAT THE DEAD LEAVE BEHIND:

Shakespeare was right—“The evil that men do lives after them; The good is oft interred with their bones.” And that evil will haunt the people who are left to deal with it after they die.

The best crime novels are always about more than who killed Colonial Mustard in the library with a candlestick. They have something to say beyond whodunit. I hope this novel—as well as my other work—fits in this category.

In most crime novels the good guys prevail, bad guys get their comeuppance, and victims —and our readers—receive a satisfying conclusion. In real life this rarely happens. For crime victims, closure is very difficult to come by. I did not discover this while writing WHAT THE DEAD LEAVE BEHIND, but it was a good reminder.

The book is less about the bad guys getting what they deserve than it is about the good guys coping with catastrophe.

So many writer and so many books, I don’t know where to begin. I will say that only a few are actually crime writers—James M. Cain, Dashiell Hammett, Ross MacDonald for example. The others cover most of the genres from E. L. Doctorow to Kurt Vonnegut to Gore Vidal to F. Scott Fitzgerald. 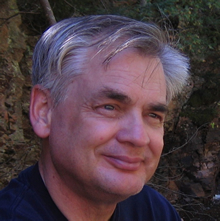 A reformed newspaper reporter and ad man, David Housewright won an Edgar Award from the Mystery Writers of America (Penance) and three Minnesota Book Awards (Practice to Deceive, Jelly’s Gold, and Curse of the Jade Lily). His 19th novel—WHAT THE DEAD LEAVE BEHIND– was published in June 2017 (St. Martin’s Minotaur). He has also published a volume of short stories entitled Full House (Down & Out Books) and occasionally teaches novel-writing courses at the University of Minnesota and the Loft Literary Center in Minneapolis. Housewright was elected President of the Private Eye Writers of America in 2014.

Honor Among Thieves by Wayne Zurl