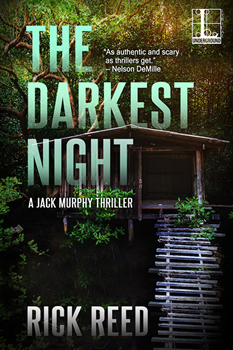 IT TAKES A COP LIKE JACK MURPHY TO FIND JUSTICE . . .

Jack Murphy knows a setup when he sees one. Proving it makes his day. Especially when it involves his own partner. Lured into a trap, Evansville P.D. Detective Liddell Blanchard is accused of murdering a cop who was investigating a shadowy voodoo cult. Justice is murky enough in the swamplands of Louisiana, but when a purported descendent of Marie Leveaux menaces a murder investigation, the gumbo really hits the fan. Corruption comes with the territory. But there are darker forces at play—and only Murphy can see the light.

There is a connection between police partners that equal that of a marriage. My series explores the bounds of those connections and lets the reader decide for themselves just how they would react and how far they would go to protect their partner or loved ones. Readers of my books enjoy the camaraderie of my usual characters—Jack Murphy, Liddell Blanchard (aka/Bigfoot), Deputy Chief Richard Dick (Double Dick), and Little Casket (coroner), to name a few.

THE DARKEST NIGHT is my attempt to develop Liddell Blanchard to allow readers to have a glimpse into his past (and what lies in store for him).

Although this is a work of fiction, the series is based on real incidents and issues in police work and investigations, and the political and media influence involved. Writing a series of novels is a challenge. It forces the writer to slip back into the character’s world each time he (or she) sits at their word processor. The writer becomes the character and tells the story through the character’s eyes. THE DARKEST NIGHT is #5 in the series of Jack Murphy thrillers. You can tell me if I’ve done my job.

All of my previous stories have taken place in Evansville, Indiana or surrounding states. The first in the series, The Cruelest Cut, introduced Jack’s partner, Liddell Blanchard, as coming from the sheriff department in Iberville Parish, Louisiana. THE DARKEST NIGHT takes Liddell back home, and in need of assistance from his partner. In previous books I mentioned Liddell’s family. This story brings Liddell’s past to life as a brother, uncle, son, and law enforcement officer. I was greatly surprised at how easily Liddell’s world opened itself to me and guided my fingers as they pecked out the story.

There is a surprise ending that I can’t reveal (and I’ve been trained to stand up under torture), but there is a second surprise at the very end. You’ll love it.

Vince Flynn and Nelson DeMille for the way they developed and maintained their characters throughout their series. They gave me confidence that a series is just a continuation of life. 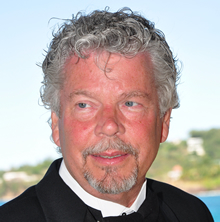 SERGEANT RICK REED (ret.), author of the Jack Murphy thriller series, is a twenty-plus-year veteran police detective. During his career, he successfully investigated numerous high-profile criminal cases, including a serial killer who claimed thirteen victims before strangling and dismembering his fourteenth and last victim. He recounted that story in his acclaimed true-crime book, Blood Trail.

Rick spent his last three years on the force as the commander of the police department’s Internal Affairs Section. He has two master’s degrees and currently teaches criminal justice at a State Community College in Tennessee and writes thrillers. He lives near Nashville with his wife and two furry friends, Lexie and Luthor.