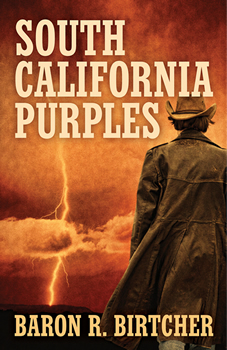 The year is 1973, and the last of America’s soldiers are returning home from Vietnam, often shouted down and spat upon by protesters, while the first toxic cracks of mistrust have begun to appear at the highest levels of government. The American Indian Movement has entered into a bloody occupation of Wounded Knee, gas shortages have pushed the economy into deep recession, and violent civil unrest is captured in living color and broadcast nightly on the evening news. But rural Meriwether County, tucked away amid the sweeping river valleys and serrated mountain ridges of southern Oregon, has been left largely untouched by time. Until now. South California Purples is part contemporary western, and neo-noir, a novel of loyalty, passion and murder, crafted with lyrical prose and unforgettable dialogue that weaves together the sometimes poignant, often violent, strains of the 1970s, and the human cost of a nation in transition. This is the first of a new series.

A sense of nostalgia combined with the uncanny similarity between the sociopolitical climate of the early 1970s and that of today.

Through the use of dialogue, setting and elegant prose, to elevate it to a more literary place in the hearts of readers.

The incredible sociological similarities between the early 1970s and contemporary society. Also, a fascinating examination of the human toll exacted by a world just beginning to embrace technology, while at the same time experiencing an unprecedented lack of faith in the government at every level.

This is the first of a series, the next volume of which will be published by The Permanent Press in 2018.

James Lee Burke, because of the elegance of his writing. Don Winslow, because of the dimension he brings to character and setting. James Crumley for his gritty view of mankind. Larry McMurtry for his unflinching look at western mores and lifestyle. 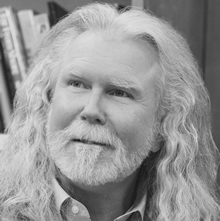 Baron R. Birtcher’s writing has been hailed as “the real deal” (Publishers Weekly, Starred Review), and his plots as “taut, gritty, and powerfully controlled” (Kirkus Reviews). Bestselling author Don Winslow says, “You want to read Birtcher’s books, then you want to live in them.” He is a three-time winner of the Silver Falchion Award, and a finalist for the Nero Award, the Lefty Award, and the Claymore Award. Baron divides his time between Portland, Oregon and Kona, Hawaii.