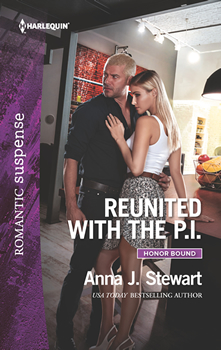 Exactly why should P.I. Vince Sutton take his ex-wife’s case? Because she, assistant district attorney Simone Armstrong, put his brother in jail? Because the ambitious spitfire still drives him crazy? No, he’ll take it because “The Avenging Angel” makes him a deal he can’t refuse. Sparks fly when Vince works all-too-closely with Simone to locate her missing key witness…but in the process, they are drawn into a cold case. As much as he tries, Vince can’t deny that he’s never gotten over beautiful Simone, but can he admit his feelings to her—and himself? And can he save her from the danger that’s heading their way?

Simone and Vince have had vastly differing experiences with the justice system. Where Simone dedicated her life to it, believes in it, lives her life by it, Vince doesn’t have nearly as much faith. Figuring out a way for the two of them to work together to solve this disappearance while respecting the other’s opinions opened up an interesting level of communication between them. It also changed both of their minds to a certain respect, which I think is always a good result.

As much as this story is about finding a missing witness, as much as it’s about two people finding their way back to each other, it’s also about the power of long-lasting friendships and how we make a family out of friends. While each book of this trilogy stands on its own, there’s the common thread of an unsolved murder that has affected each of these heroines’ lives in ways only they can understand.

While I can’t remember a time I didn’t have a book in my hand (my mother never said no to buying a book), I think it was Stephen King who first made me think about becoming a writer. I started reading him at a very early age (there weren’t any YA books in the 70’s) and there was something spellbinding about his writing and his worlds. Discovering Nora Roberts shifted my attention to romance and all the genres included within it, but I think there’s always a bit of a suspense element in any story I write. 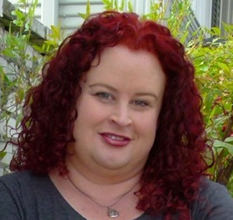 USA Today and national bestselling author Anna J Stewart can’t remember a time she didn’t have a book in her hands or a story in her head. A geek at heart, Anna writes romances featuring strong, independent heroines. RT Book reviews says Anna’s romances are “refreshingly unique, quietly humorous, and profoundly moving” and NYTimes bestselling author Brenda Novak says “The talented Anna J Stewart delivers every time!” Anna’s first foray into the romantic suspense genre “Rocks” according to NYTimes Bestselling Author Allison Brennan. Anna lives in Northern California where she deals with a serious SUPERNATURAL, STAR TREK, and SHERLOCK addiction and tolerates an overly affectionate cat named Snickers (or perhaps it’s Snickers who tolerates her). When she’s not writing, you can usually find her at fan conventions or at her local movie theater.