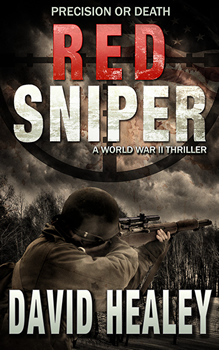 RED SNIPER is the story of a rescue mission for American POWs held captive by the Russians at the end of World War II.

For these American POWs, the war is not over. Abandoned by their country, used as political pawns by Stalin, their last hope for getting home again is backwoods sniper Caje Cole and a team of combat veterans who undertake a daring rescue mission prompted by a U.S. Senator whose grandson is among the captives. After a lovely Russian-American spy helps plot an escape from a Gulag prison, they must face the ruthless Red Sniper, starving wolves, and the snowy Russian taiga in a race for freedom.

In a final encounter that tests Cole’s skills to the limit, he will discover that forces within the U.S. government want the very existence of these prisoners kept secret at any price.

David Healey sat down with The Big Thrill to discuss his latest novel, RED SNIPER:

In terms of the big picture takeaway, we always learned in school that the U.S. won WWII, but in some ways we lost out in the final days by pulling back and allowing the Russians to seize land and power in Europe. The smaller scale takeaway is whether an American hillbilly with a rifle can outsmart a Russian sniper.

Red Sniper isn’t just another WWII novel, but encompasses the early days of the Cold War. While the U.S. government seemed willing to look the other way when it came to what the Soviet Union was up to in 1945, the characters in the novel find themselves in the thick of it.

When I was casting about for ideas, I was surprised to discover that truth was stranger than fiction in that there are some who believe American POWs were actually held by the Soviets as bargaining chips at the end of WWII. There is a theory that the whole business was covered up by the U.S. government because no one was interested in going to war with the Soviets after just defeating Nazi Germany.

Let’s just say that when a certain Russian-American woman carries a .22 pistol in her boot, she’s gonna use it at some point.

I’ve always been hugely influenced by the adventure novels I read when growing up. At the top of the list would be William O. Steele because he wrote about characters who managed to survive on the frontier using their wits and courage. Those stories still resonate with me. Steele won the Newberry Award, and deservedly so. 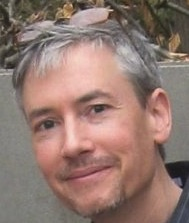 David Healey worked for 21 years as a journalist, and has been teaching college writing classes for 17 years. He is the author of several novels and nonfiction books, including 1812: Rediscovering Chesapeake Bay’s Forgotten War, Great Storms of the Chesapeake, and Delmarva Legends & Lore. He is a graduate of Washington College and the Stonecoast MFA program. In 2011, he was named a Chaney Visiting Scholar in history at St. Mary’s College of Maryland. When not writing or teaching, he enjoys visiting hiking, trapshooting, and pulling over to the side of the road to read historical markers.