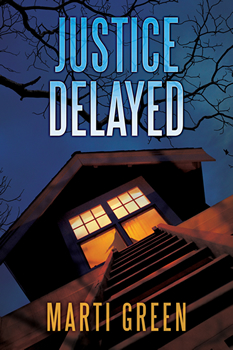 The brutal murder of sixteen-year-old Kelly Braden sends shockwaves through a community—and an intellectually disabled man to jail. The only witness to Kelly’s murder is the five-year-old cousin she was babysitting. The young girl names their neighbor, Jack Osgood, as the bat-wielding criminal. Two decades later, Osgood faces execution.

Defense Attorney Dani Trumball and her partner, investigator Tommy Noorland, are summoned to the Georgia prison where Osgood is on death row. With no friends or family of his own, there is no one left to believe Jack didn’t kill Kelly, except Dani and her Help Innocent Prisoners Project. With a mentally disabled son of her own, defending Osgood could be her most heartrending case yet.

While fighting a system that blocks her attempts to overturn his conviction, Dani must race to identify the real killer before Osgood’s time runs out—and the murderer strikes again.

The Big Thrill caught up with author Marti Green to discuss her latest novel, JUSTICE DELAYED:

An understanding of, and compassion for, intellectually disabled defendants.

The lack of a scientific basis for conclusions reached by so-called experts in various technical areas—in this book, specifically related to bite-mark analysis.

In his fifth book in the Innocent Prisoners Project series, Dani Trumball is at odds with her husband over a decision that could upend her life.

John Lescroart—his books made me appreciate how much immersion into his protagonist’s family life added to the story.

Harlan Coben—He always manages to create suspense throughout his books. 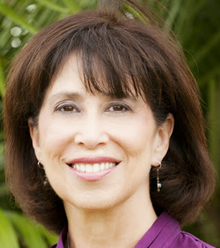 After receiving her master’s degree and her professional certificate, both in school psychology, Marti Green realized that her true passion was the law. She went on to receive her law degree from Hofstra University and worked as in-house counsel for a major cable television operator for twenty-three years, specializing in contracts, intellectual property law, and regulatory issues. She is the author of the legal thrillers The Price of Justice, Presumption of Guilt, Unintended Consequences, and First Offense. A passionate traveler, mother to two adult sons, and grandmother to five grandchildren, she now lives in Central Florida with her husband, Lenny, and cat, Howie.

To learn more about Marti, please visit her website.