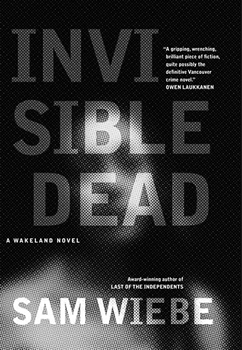 An ex-cop who navigates by a moral compass stubbornly jammed at true north, Dave Wakeland is a talented private investigator with next to zero business sense. And even though he finds himself with a fancy new office and a corporate-minded partner, he continues to be drawn to cases that are usually impossible to solve and frequently don’t pay.

When Wakeland is hired by a terminally ill woman to discover the whereabouts of her adopted child—who disappeared as an adult more than a decade earlier—it seems like just another in a string of poor career decisions. But it turns out this case is worse than usual, even by his standards. With only an anonymous and vaguely-worded tip to guide him, Wakeland interviews an imprisoned serial killer who seems to know nothing about the case, but who nonetheless steers him toward Vancouver’s terrifying criminal underworld.

It all goes downhill from there.

Whatever ghosts drive Wakeland, they seem to drive him inexorably toward danger—a journey he’s content to take so long as it means finding out what happened to someone the rest of the world seems happy enough to forget. With nothing to protect him but his wit and his empathy for the downtrodden and disenfranchised, Wakeland is on the case.

My hope was to write a detective novel that would dissect some of the systemic problems surrounding the sex trade and missing women, both in Vancouver and internationally.

I love the classic P.I. novel, but I didn’t want to write about people in 2017 saying “dame” and wearing trench coats. Instead I wanted to focus on how the private detective is independent, self-employed, a small businessperson who must make ethical and financial decisions in fraught, often dangerous situations. As Chandler put it, “how to make a living and stay fairly honest,” when one’s business involves finding missing people.

I love Ross MacDonald’s ability to diagnose societal ills through family stories, and the compassion he has for his characters. And Josephine Tey did amazing work in using the formula of the detective story to tell individual, idiosyncratic stories. I also love William McIlvanney’s Laidlaw and Ian Rankin’s John Rebus, for showing their protagonists as embroiled in the same society as their victims and villains. 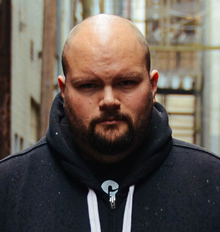 Sam Wiebe is the author of the Vancouver crime novels Last of the Independents, Invisible Dead, and Cut You Down (forthcoming, February 2018). Wiebe’s work has won the Arthur Ellis award and the Kobo Emerging Writers Prize, and he was the 2016 Vancouver Public Library Writer in Residence. His short fiction has appeared in ThugLit, Spinetingler, and subTerrain, among other places.