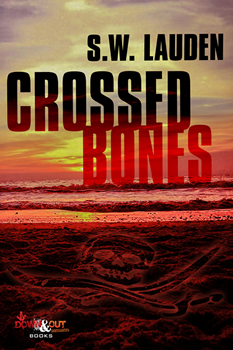 Shayna Billups left Tommy Ruzzo and Seatown, Florida in smoking ruins before escaping to New Orleans. She’s slinging rum drinks at a pirate-themed dive bar when a treasure map grabs her attention. All alone and thirsting for adventure, Shayna follows the clues to North Carolina where she assembles a band of drug-dealing pirates to wage war on a murderous mayor and his blood-thirsty biker gang.

As the bodies pile up, Shayna wonders if Ruzzo will find her before she ends up in Davy Jones’ Locker.

I’ve heard it said that “love can make people do crazy things.” I’ve also been told that “life will take you funny places if you let it.” This book tests Tommy Ruzzo’s devotion to Shayna Billups, and the results are a bloody mess.

I hope CROSSED BONES will give hardboiled and Noir readers a reason to crack a few smiles while watching bodies pile up in the afternoon sun.

I wrote Crosswise while vacationing in Florida. For the follow up, CROSSED BONES, I drew on some of my past experiences touring with a rock band. In that situation you end up playing a lot of college towns and tourist traps, forcing you to understand the cities you visit through the prism of highways, bars and nightclubs. I think that unique perspective on regional culture influenced the over-the-top settings in the second Tommy Ruzzo book.

Bad decisions are more fun than good ones, even when you know you’ll end up paying for them in the end. 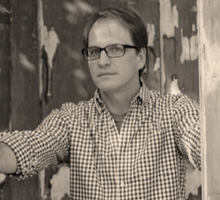