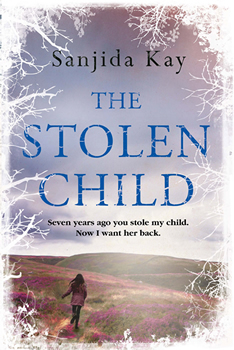 THE STOLEN CHILD is a different take on a thriller. There is no violence in the first few pages.  No swearing. No explicit sex. And still, Kay manages to create a high level of gotta-turn-the-page-and-find-out-what-happens-next tension.

If you are a fan of The Girl on the Train by Paula Hawkins, I Let You Go by Clare Mackintosh and Dark Places by Gillian Flynn you should find both of Kay’s books an outstanding reason to read all night.

An example of her style.

“The moor has always been part of my life. It’s like a muse: the colours of the heather and the sky; how you can see the savagery of the wind in the way the dwarf pine trees are bent double, the bleak lines of the landscape in winter when everything save the moss and the grass are dead, stones like bones, poking through a thin skin of bilberry bushes, rushes reflected in black bog water. “

Tell us about THE STOLEN CHILD.

A couple, Zoe and Ollie, long for a baby but are unable to have one. They adopt a child from birth, a little girl called Evie. A few years later they have their own child, a boy called Ben.

The story begins when Ben is two and Evie is seven. Evie’s starting to realize that she’s different from the rest of her family, and beginning to understand what it means to be adopted.

One day she receives a card addressed to My Daughter. Inside it says:

Seven years ago, you were stolen from me.

Now I’m coming to get you back.

And the dramatic tension spills over into many interesting themes. The challenges of raising a drug addicted, adopted child… of a family with both adopted and biological children…of a marriage when one spouse is an artist and the other has a normal job. Was one of your goals to educate readers?

I’m more interested in entertainment. All the book’s issues – adoption, drug-addicted babies, being an artist, juggling a career with parenthood – are important ones for many of us, and I hope they’ll be thought-provoking.

My story, though, is really about love, the love that parents have for their children – and what you would do if your child went missing.

This is your second thriller. What sort of response did you receive to your previous novel, Bone by Bone?

I think Bone by Bone really touched a chord in some people because of its realistic depiction about what it’s like to be bullied and what it feels like to have a child who’s being bullied.

Do you have plans to write another book? If so, what will it be about?

I’m currently writing my third thriller for Corvus Books. It’s called The Perfect Family. It’s about a mother and her teenage daughter. The daughter, Stella, starts to suspect her mum has a secret. When she finds out what it is, it’s much worse than she could ever have imagined… I’m finding it really therapeutic to write as an angry fourteen-year-old. 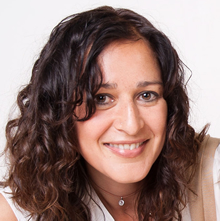 Sanjida Kay’s first thriller, Bone by Bone, was long listed for the Steel Dagger Award and named as one of the best books of 2016 by the Guardian newspaper and the Sunday Express. THE STOLEN CHILD is her second thriller. Sanjida lives in Bristol, England.