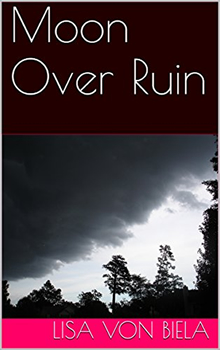 A tragic twist of fate takes away everything that really matters to Peter Watson. After such a profound loss, he can’t make sense of his life anymore. So he takes to the road—alone—to put some time and distance between himself and what happened. He hopes the solitude will help him find a reason to go on, a way to heal.

When he stops to check in at the remote Quarry Resort, he expects to wrestle with painful, intense memories. He does not expect to spend the night fighting for his life.

No matter how far you travel, the darkness inside will find you…

The Big Thrill recently had the opportunity to discuss MOON OVER RUIN with Lisa Von Biela:

This book is a novella, so it’s a relatively short ride, but I hope my readers empathize with Peter Watson, his loss, and the way he tries to cope with it. Of course, he gets more than he bargained for, and that’s what makes this a thriller!

Peter’s backstory—and how it informed the ending of this book. I envisioned the ending a certain way, but in one of the later revision cycles realized it needed to end as it does now because of that backstory. And that’s all I’m going to say about that, lest I spoil something…

A key setting in the book was inspired by a real-life discovery. My boyfriend and I were on a road trip in Canada, and happened upon what appeared to be an abandoned resort, right on a lake and very out-of-the-way. The place just cried out to be used as a setting, as a metaphor for loss and ruin in a person’s life. Perfect place for Peter Watson to face up to his loss—and whole lot more! 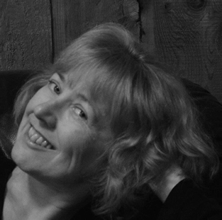 Inspired by the likes of Stephen King and Rod Serling, Lisa began writing horror and sci-fi short stories near the turn of the century. Her first published story appeared in Greg F. Gifune’s small press ‘zine The Edge in 2002. She stayed with short fiction, honing her craft and seeing more of her work published, before finally embarking on her first novel, THE GENESIS CODE, released in 2013.