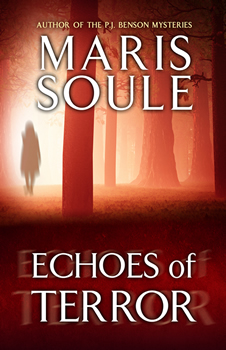 Katherine Ward is assigned the case, never expecting it to parallel her own kidnapping experience seventeen years before. In Skagway, Alaska, the usual crimes faced by the police department’s small force are DUIs and missing bikes. With the chief in the hospital and one officer missing, they’re not prepared for the kidnapping of a billionaire’s daughter.

Misty Morgan thought running off with a college boy would get her father’s attention. Now she and another teenager are praying for their lives. Stuck in China, Misty’s father knew his daughter was up to something, so he asked his longtime friend Vince Nanini to fly to Alaska and stop Misty. Problem is, Vince arrives too late. The college boy is dead, Misty is missing, and the police aren’t eager to let him help.

When Katherine realizes the same man who kidnapped and raped her years ago is the one holding Misty and the other teenager, the terror of those months resurfaces. Vince finds her drunk and in tears, and he’s with her when she realizes the kidnapper has struck again. Together they must figure out where this man has taken three people, and they must find him fast.

Maris Soule spent time with The Big Thrill this month to discuss her novel, ECHOES OF TERROR:

When I came up with the idea for this book, two very good friends (one a writer, the other a photographer) had been spending their summers in Alaska volunteering for the National Park Service. They were presently volunteering in Skagway, Alaska. My husband and I had often talked about taking a trip to Alaska; in fact, when I met my husband his plan was to go to Alaska and work there for a while. He ended up marrying me instead, so I felt I owed him.

We signed up for a three week tour of Alaska which included a stop in Skagway. I contacted my friends and they said they could drive us around so we’d get to know the area. They also set up an interview for me with one of the park rangers, Jacqueline A. Lott Ashwell. I, via email, contacted the Skagway Police Department and set up a meeting with Sergeant Ken Cox, who spent more than an hour explaining how the police would handle such a kidnapping. After returning to Michigan and starting the book, both Sergeant Cox and Jacqueline, continued answering my questions via e-mails. I also subscribed to the Skagway newspaper for a year and used the Internet for further research. I know I gave my police officer (In Echoes) more latitude than she might have had in real life, but I’m hoping, when Sergeant Cox reads the book he feels most of it is correct.

Katherine Ward took form in my mind after the Elizabeth Smart kidnapping and (later) her rescue. Perhaps, if Smart’s kidnapping had been an isolated case, I wouldn’t have continued thinking about what a woman who had been kidnapped, raped, and terrorized for months would be like years later, but since the Smart rescue there have been many other women (and boys) rescued after years or months of captivity.

It took me a long time for ECHOES OF TERROR to develop in my mind and on paper. I slowly realized it wasn’t a story that could be told solely from Katherine Ward’s POV, I also had to let the reader know what was going on with the kidnapped teenagers, especially with Shannon Morgan. I wanted both Katherine and Shannon to be females who wouldn’t simply give up, while also showing how these madmen can drive their captives into submission, both mentally and physically. With Katherine, I wanted to show how such an event can affect a woman in later years, even if she appears to be “normal,” but, also, how what happened in the past doesn’t have to destroy the future. 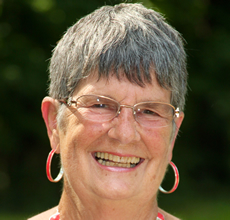 Acclaimed novelist Maris Soule is a two time RITA finalist who has won numerous awards for her novels over the last three decades. Born and raised in California, Maris majored in art at U.C. Davis and taught art for 8 years before retiring to raise a family. Maris and her husband divide their time between Michigan and Florida. ECHOES OF TERROR is her 30th book.

To learn more about Maris, please visit her website.