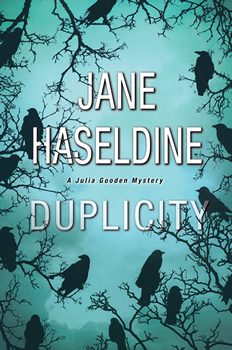 Crime reporter Julia Gooden covers the grittiest stories in Detroit while raising her two sons in the suburbs. But beneath her accomplished façade, she is still consumed by the tragedy of her brother’s abduction years earlier.

Julia’s marriage is also a balancing act, as she tries to rekindle her relationship with her husband, Assistant District Attorney David Tanner. David is about to bring Nick Rossi to trial for crimes that include drug trafficking and bribery, but the story becomes more urgent when a courthouse bomb claims the prosecution’s key witness and leaves David critically injured.

Julia is sure Rossi ordered the attack, but the case against him is collapsing. With the help of Detective Ray Navarro, she starts following a trail of blackmail, payback and political ambition, and as Julia digs deeper, innocent lives—including her children’s—hang in the balance, and justice may come too late to save what truly matters.

I hope the story will take readers on a psychological rollercoaster of twists and turns that they will never see coming until the very last page. I also hope readers will see the evolution of the main character, Julia Gooden, as she continues to heal from her childhood tragedy, the abduction of her brother, which remains a cold case, and the reason why she became a crime reporter in the city of Detroit—to give others the closure she was never able to get for herself. I also hope readers will take away one of the central themes of DUPLICITY, the dangers of blind loyalty, and how it is often detrimental not only to yourself, but the people you love, if you turn your eyes away from their gravest sins because of blood-ties or other personal commitments.

DUPLICITY adds to the genre by offering up a smart, strong, yet quite flawed, female character—never perfect, but always driven to find out the truth and to protect her family at all costs in the process. And in the spirit of the great Elmore Leonard, who captured the city of Detroit so vividly as the setting in many of his books, Detroit also is a key character inDUPLICITY—the city, like Julia Gooden— is an underdog, fighting its way back from difficulties and pain.

I believe story ideas are true gifts to writers. I had started writing DUPLICITY with a clear idea of who the real bad guy would be. But the story took me in another direction, and I followed its lead. I hope the result, and not going along with my first editorial instincts, will wind up being a real surprise to the readers.

What I discovered in writing the second book in the series, is that I may have a concrete plan in place for the plot, but I should allow myself the creative freedom to deviate, even substantially, if the story guides me elsewhere.

Julia will need to temper her own fighting spirit and her set-in-stone beliefs of who the courthouse bomber is—and her pursuit to bring the person to justice— and look at the facts of the case objectively, especially in light of the fact that in this book, no one is who they appear to be.

Stephen King, because he is the master—I have loved every one of his books. Dennis Lehane’s Mystic River remains one of the best books I have ever read in the genre. Michael Connelly has created an unforgettable character in his Harry Bosch novels, and his brilliance as the king of police procedurals raises the bar for all of us. And Robert Crais remains one of the finest mystery writers of all time. I’ve read each and every one of his novels and cried each time I reread the last chapter of Suspect. 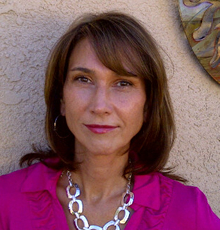 Jane Haseldine is a journalist, former crime reporter, editor and deputy director of communications for a governor. Jane currently resides in Southern California with her husband and two sons.