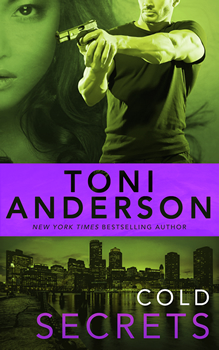 When an international ring of sex traffickers kidnaps an eight-year-old girl in Boston, FBI Agent Lucas Randall heads undercover. But his rescue operation goes disastrously wrong and Lucas barely escapes with his life. Now the ruthless traffickers are hunting him down, along with everyone else who threatens their operation.

Computer expert Ashley Chen joined the FBI to fight against evil in the world—evil she experienced firsthand. She has mad skills, and deadly secrets, and once she starts working with Lucas, she also has big trouble, because after years of pushing people away, she’s falling for the guy. The feeling is more than mutual, but as Ashley intensifies her online pursuit of the trafficking ring, her traumatic past collides with her present and suddenly Lucas can’t tell which side she’s on. And as the case escalates into a high-stakes game of cat and mouse, it turns out Ashley isn’t the only one with something to hide.

Aside from being a fast-paced suspense and a sexy romance read, I hope people take away from this book the message that sex trafficking is a huge problem worldwide. It’s easy to think trafficking is someone else’s problem and doesn’t happen in your neighborhood, but it could. Paying attention to your surroundings might help save someone’s life.

I discovered all sorts of information about hackers and the markets for zero-day exploits. A zero-day exploit is basically a software vulnerability that can be exploited by criminals, and also by government agencies to access people’s information. I hadn’t appreciated the scale of the gray market or the complexity of the issues.

On a personal note, I actually wrote most of this book while traveling around the world. You won’t see the sweat and tears on the jacket copy, but I felt it with every page. 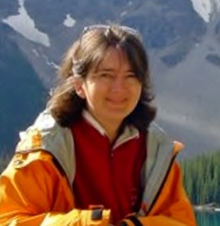 New York Times and USA Today international bestselling author, Toni Anderson, writes dark, gritty Romantic Suspense novels that have hit #1 in the Barnes & Noble’s Nook store, the Top 10 in Amazon and Kobo stores, and the Top 50 in iBooks. Her novels have won many awards.

A former Marine Biologist from Britain, she inexplicably ended up in the geographical centre of North America, about as far from the ocean as it is possible to get. She now lives in the Canadian prairies with her Irish husband and two children and spends most of her time complaining about the weather.

Toni has no explanation for her oft-times dark imagination, and only hopes the romance makes up for it. She’s addicted to reading, dogs, tea, and chocolate.

If you want to know when Toni’s next book will be out, visit her website and sign up for her newsletter. If you want to read other fascinating stories about life in a city that, during winter, is sometimes colder than Mars, friend her on Facebook.