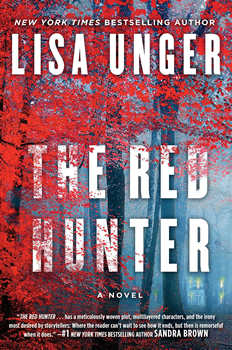 Readers stay out of Lisa’s Unger’s head when she’s writing. She doesn’t concern herself with reviews, outside pressures, or random opinions about how her characters should act and which story she’d better tell next.

She’s not trying to be rude or offensive—Unger would be the first to gush over the tremendous support she’s received from her millions of fans. It’s just that there are already too many voices in her head—the persistent screams of characters with a lot to say, the annoying whisper of writerly doubt, the constant hum of a story itching to be told. Anything more becomes a distraction from her one and only goal: for her newest release to be her best release.

“There will never be any point in my career where I’m like, ‘I’ve made it,’ ” she says. “My goals as a writer do not change. I get up every day and be better than I was yesterday. That’s my rudder. That’s what keeps me focused on the work. For me, there isn’t anything else.” 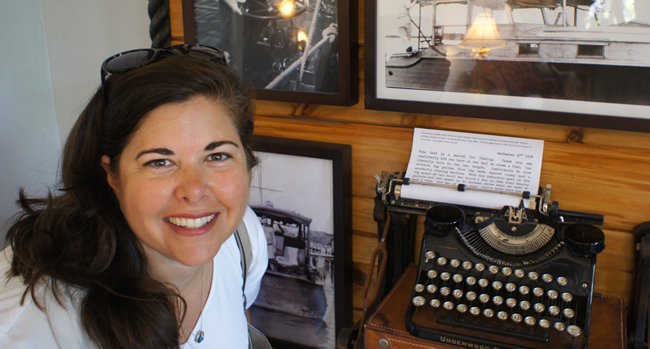 Unger at the Hemingway House

It’s about discipline, commitment, and yeah, it’s a little about control. Because up until the point when the book is edited, bound, and ready for release, Unger keeps every detail—the theme, the plot—firmly under her thumb. In fact, it isn’t until she finally lets go, satisfied that this work is her best work to date, that she begins to fully understand what she’s written and can process, analyze, and discuss it.

“I believe that everyone you give your manuscript to is going to have something to say,” she says. “And that feedback will influence the course of the book. The act of creation is a brain event, and in the beginning, it needs to be solitary.”

Though not an outliner (not even in the most basic form), Unger wouldn’t describe her process as loose. Each of her books begins with a distinct spark, igniting the belly fire that allows her to go deeply, often darkly, into her characters’ heads and piece by piece, pull out their secrets and emotions, their fears and deepest desires. 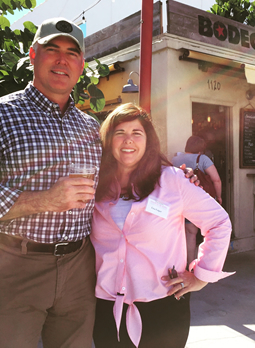 For her chilling new psychological thriller, THE RED HUNTER, that flame began with Unger’s return to martial arts after a 10-year hiatus in which yoga satiated her need for discipline but lacked the empowerment that can “turn kittens into dragons.”

In THE RED HUNTER, that inner dragon emerges as Zoey Drake, a young martial arts student not interested in forgetting her tragic past—but rather, avenging it. Like all of Unger’s characters, Zoey is strong, determined, and flawed. Though in this page-turning thriller, she isn’t the only fighter. Her darkness intersects with Claudia Bishop’s—a recently divorced mom, whose teenage daughter, Raven, may or may not be the result of a rape.

These two wronged women find themselves on different paths in a very dark place, each searching for redemption, peace, or perhaps closure—until the end, when their stories collide in a trademark Unger twist that explores the book’s fundamental question: what is the difference between justice and revenge?

It’s a theme Unger has grappled with throughout her career, represented somehow in each of her 16 published works, most of which have won multiple awards, or topped the bestseller charts. Unger’s work has, indeed, been translated into 26 languages, with more than a staggering two million copies sold.

The statistics don’t inspire Unger—people do.

“I have many theories about what it takes to get through the worst things in your life and find a new normal,” she says. “I am perpetually fascinated with this concept. The idea that if you exact the right punishment you can elicit some kind of balance.”

Unger now believes that’s a fallacy—that sometimes, it’s okay to just let go, or that there should be a way to broker peace without pain. 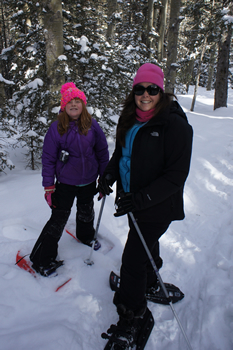 For each of the main characters in THE RED HUNTER, that “peace” is deftly navigated by the careful crafting of their relationships. Claudia, still in love with her husband and with unabashed love for her daughter regardless of her DNA, seeks peace through blogging about the restoration of an old house that, unbeknownst to her, carries a dark secret and unfinished business. It might have been easier to look for the negatives, but Unger didn’t want to go there.

For inspiration, she studied Andrew Solomon’s book, Far From the Tree, which explores relationships in which the child is very different from the parent. The response to that difference—circumstantial or planned—fundamentally comes down to the individuals within the situation.

“Claudia’s relationship with her daughter evolved naturally for me,” Unger says, admitting she drew from her own experiences to authenticate the mother/child bond. While her daughter, Ocean, is younger than Raven, the bond is ultimately forged in the same way, not by some parenting rulebook, but rather a deep understanding of each other.

“So much of the person you are as a parent has to do with the child,” she says. “With Ocean, I trust her. She’s honest and smart and spunky. Which makes it easier for me to be less the over-protective, semi-paranoid parent I thought I would be. She’s fully aware of the darkness in the world.”

A darkness that Unger takes to whole new levels in her chilling psychological fiction—and then is able to leave behind when it comes to transforming from a renowned thriller author to wife of 16 years, and “ordinary” mom.

“The part of my brain I use for writing is not the same part that helps my daughter with homework,” she says. “I’m pretty good at compartmentalizing. My husband likes to joke that he’s number four—after Ocean, the dog, and the writer, but that’s not quite true. As a writer, I’m engaged, always striving to do better and be authentic as I can be. And I have those same goals as a wife and a mom.”