The Heights of Realism 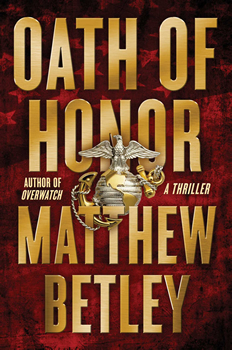 Matthew Betley introduced us to Logan West and John Quick in his riveting thriller Overwatch. In Matthew’s much-anticipated follow-up, OATH OF HONOR, former Marines West and Quick, now members of an FBI special task force, uncover a deadly international conspiracy and embark on a global search with extraordinarily high stakes. Booklist says OATH OF HONOR is “A high-energy tale that unfolds at a machine-gun pace…Betley has become essential reading.”

The Big Thrill recently sat down with Matthew, a former Marine, to talk about his latest thriller.

That’s easy—with OATH OF HONOR, my second Logan West thriller, I had a very specific goal: to make a novel that was more intense, more action-packed, and more emotional than my first book, Overwatch, which was fairly relentless itself from the very first page. I think this book will linger with the reader long after the last page is turned, and it sets up the reader for book three, out in March of 2018.

Even though this book is a work of fiction, the agencies, organizations, units, places, tactics, and techniques are as realistic as I could make them. Another key takeaway is that in my alternate universe, our senior leaders across the government, including inside the White House, have the moral courage to make the hard right decisions, especially when those decisions could lead to the loss of life for our forces. In this aspect, the book is almost aspirational in the fact that as a former Marine officer, I wish our real leaders would often do the same.

This is a great question, with an answer that may not meet the intent, but it was the coolest experience while writing this book. There’s a prison scene where our protagonists are stuck in a black site prison in a foreign country. In my head, I had their escape all planned out in a certain way, but due to the way that I create my writing (I write visually, so much so that I don’t even think of myself as an author, more of a scribe for the action I see in my head, the dialogue I’m hearing, and the emotions my characters are feeling), once I hit my mental “play” button on the set pieces I had set up to allow the scene to unfold, it completely changed, even as I was writing it, and it was very cool.

You spent 10 years in the Marines where you were trained as a scout sniper platoon commander, an infantry officer, and a ground intelligence officer. How has your military experience informed your writing? Are there themes you find yourself drawn to again and again? 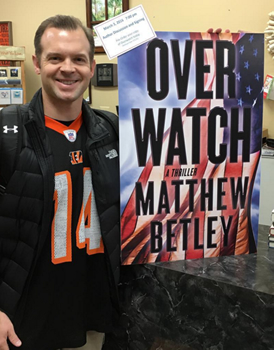 Absolutely. Even though I’ve been out of the Marine Corps since 2009, I often joke that I’m a better Marine officer now than when I was in. The fact that I’ve been sober now for eight years has helped as well. But thematically, I love exploring the bonds of brotherhood between Logan West and John Quick, especially as it’s been formed through combat and fire. When you go to war, or even just spend time in a combat zone even if you’re not in direct combat, you form a bond with the Marines who are in it with you. It’s the same for all services. And that common experience, a bond forged through sacrifice and hardship, stays with you for life, and I try to depict it accurately in my writing. Also, as a former Marine, I fully admit my bias for my branch of the service, which is why there will always be random characters with Marine Corps backgrounds who pop up at the right time to assist in certain situations. Semper Fi.

This one throws everyone for a loop, but I really don’t read my genre too often. The one author that I love is the Australian action author Matthew Reilly, whose pace I admit I’ve fully tried to emulate, albeit in my own, very distinct way. I tell people, “Buckle up and enjoy the ride!” and it easily applies to his writing, as well.

If you could share one piece of advice about craft with aspiring crime writers, what would it be? 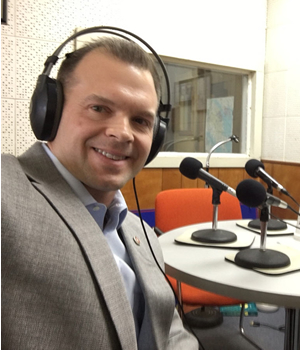 Betley on the air

The one piece of advice that I tell any author, regardless of the genre, crime or other, is to figure out what you want to write, develop a plan, and then stick to it. For me, it was as simple as telling myself that I was going to write exactly what I, as a fan and reader, would want to read. Don’t get distracted by other shiny objects. You can try to tackle different problems in different ways, but at the end of the day, whatever you write should still be in your voice and true to who you are as a writer.  To put it another way, it’d be like asking me to write a Nicholas Sparks novel—never going to happen. (Unless someone pays me a LOT, and I mean a LOT…) Lol.

I have a pretty full day each and every day. I’m up at 0500, I go to work (hopefully, for not too many more years if readers decide they want Logan West to stick around), I come home, work out, spend time with my family, and then write at night, usually three pages a day. If I’m in the middle of a major action sequence, I’ll write more, since it’s not easy to stop in the middle of a hand-to-hand sequence or gunfight.

What’s next for you, Matthew?

As of this moment, I’m flying through book three for 2018—it’s almost writing itself—and I intend to have it finished in the next two months. And then—since I’m not a big believer in just chilling out—I’m going to start writing book four for 2019, which is already planned in my head. I’m also represented by Creative Artists in Hollywood for the movie option, and we have two producers and a screenwriter onboard, but we still have yet to land at a studio. That process of selling the option and getting a project into development is an entirely different animal than publishing a novel. Trust me.

The most important thing to me as an author is the experience each reader has with the books I write. This business is all about entertaining and informing the reader to give him or her the best experience possible each and every time. I feel very fortunate to have an amazing publisher with Emily Bestler Books at Simon & Schuster, who has given me the opportunity to do just that, and I hope I can continue to do so for years to come. Enjoy the ride. 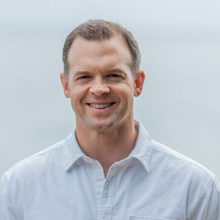 Matthew Betley is a former Marine officer of ten years. His experience includes deployments to Djibouti after September 11, and Iraq, prior to the surge. A New Jersey native who considers Cincinnati home, he graduated from Miami University in Oxford, Ohio, with a B.A. in psychology and minors in political science and sociology.