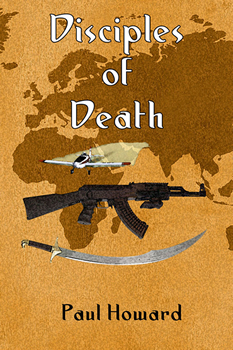 Sarah Appleton has been kidnapped from her university campus in Cambridge, England. When she escapes, killing her abductor, she sets in motion a chain of events that has repercussions all across the world. Sarah and her father, Martin Appleton, flee the Russian mafia, from whom Martin stole twenty million dollars in bearer bonds, leaving authorities to unravel the threat of a terrorist plot using biological weapons of mass destruction stolen from a Russian lab and sold to Middle Eastern extremists. As the authorities scramble to unravel the scant clues left by people who make few mistakes, terrorists gear up for an attack that will leave millions of innocent people dead and the governments of several Middle Eastern nations in chaos.

Paul Howard recently discussed his thriller, DISCIPLES OF DEATH, with The Big Thrill:

I hope any reader ofDISCIPLES OF DEATH will finish it and conclude that it was a page-turning novel that was exciting and entertaining from the beginning to the end.

It poses questions about biological weapons and their use in terrorism. I think it will make the reader see how volatile the political situation is in the Middle East.

I discovered in my research how wide and diversified the extremist groups are in the Middle East. On looking at their activities I never realized what a dangerous threat some of them are to the stability and peace of the region.

“The story is very fast paced and filled with surprises, both for the characters and readers. It will grab your interest at the beginning and hang onto it right through to the end.” ~Taylor Jones

“DISCIPLES OF DEATH is a cleverly told story, in the manner of Tom Clancy, with a strong plot that’s full of twists and turns. Its fast-paced, tension-filled action will have you turning pages well into the night.” ~ Regan Murphy 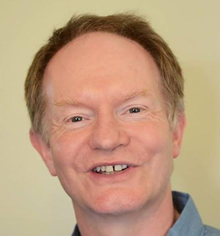 Paul Howard is a 53-year-old thriller writer from Dover, England. He is an avid writer of drama and fiction. DISCIPLES OF DEATH is his first thriller, soon to be followed by two more in 2017.