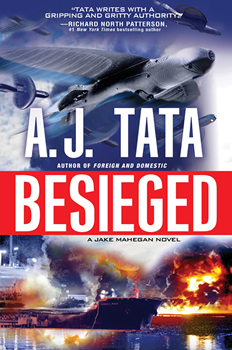 Tata’s latest Jake Mahegan novel, BESIEGED, tackles the rise of domestic terrorism in America—and puts his hero in the crackling center of a firestorm.

It starts with the unthinkable. A school under siege. A shooter in the classroom. A nightmare scenario that has become all too common in today’s United States. But this time, former Delta Captain Jake Mahegan is there when it happens, face to face with a merciless gunman rigged as a suicide bomber. Without warning, the school is attacked from the outside as well—and all hell breaks loose.

When the smoke clears, Mahegan is left with a long list of unanswered questions—and a deeply personal mission. Racing against the clock, his search will take him from the tech-fueled think-tanks of a North Carolina factory to the top-secret nerve centers of embedded Iranian agents. It’s all part of a bigger, darker conspiracy that’s taking domestic terrorism to a whole new level. And it’s up to Mahegan to stop what could be the most devastating attack in U.S. history.

“Riveting…Vivid descriptions of close-quarters combat are detailed enough to be instructional and Tata keeps the story twisting to the rousing final pages.” ~Publishers Weekly (starred review) for Three Minutes to Midnight

“A knock-down/drag-out thrilling look at the reality of domestic terrorism.” ~Suspense Magazine on Three Minutes to Midnight

“A riveting look at the terrifying reality of domestic terrorism.” ~Glenn Beck 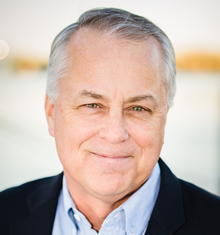 Having served 28 years in the U.S. Army before retiring as a Brigadier General, acclaimed author Anthony J. Tata parlays his years of combat and operational experience into exciting, realistic thriller novels.

Tata grew up in Virginia Beach, VA, the son of two public school educators, and went on to graduate from West Point. He commanded combat units in the 25th Infantry and 4th Infantry Divisions, the 82nd and 101st Airborne Divisions and the 10th Mountain Division. He has conducted combat operations and operational deployments in Afghanistan, Kosovo, Macedonia, Bosnia, Croatia, Hungary, Panama, Republic of Korea, and the Philippines. General Tata’s last combat tour was as the Deputy Commanding General of the Allied and Joint Task Force in Afghanistan, where he earned the Combat Action Badge and Bronze Star Medal. A master parachutist and Ranger, he has also served as a senior national security fellow at Harvard University’s JFK School of Government.

Following his military career, General Tata transitioned from the army to education leadership, where he served as the Chief Operations Officer of Washington, DC Public Schools and as the Superintendent of the 16th largest school district in the nation in Wake County/Raleigh, NC. He was most recently North Carolina’s Secretary of Transportation.

Tata is the National Security Expert for One American News Network, appearing every Tuesday with Liz Wheeler on Tipping Point. He also has appeared frequently as a guest commentator on Fox News, The Daily Buzz, NBC’s Today Show with Jane Pauley, The South Florida Today Show, The CBS Early Show and local television stations around the country. General Tata has also been a guest commentator on countless nationally syndicated and local radio stations. He donates a portion of his earnings to the USO Metro DC, the North Carolina Heroes Fund, and the Michael Murphy Foundation. He lives in Raleigh, NC.

For more information on A.J. Tata, please visit his website.