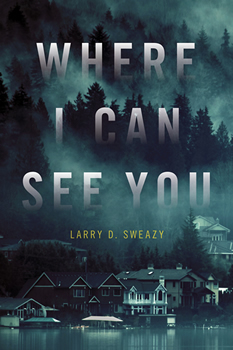 Haunted by the disappearance of his mother when he was eight years old, detective Hud Matthews begins his own investigation to find out what really happened so many years before. When a rare murder occurs in the lakeside community, Hud’s veteran skills are called upon to capture the killer. Pulled deep into the threads of the community with ties to the past, Hud quickly becomes a target, not only of the killer, but of those who wish the past to be left alone. As Hud gets closer to discovering the truth about the crimes, he has to face a choice of enforcing the law, or stepping outside of it to make sure that his version of justice is served.

Larry D. Sweazy recently discussed WHERE I CAN SEE YOU with The Big Thrill.

Detective Hud Matthew’s mother disappeared when he was eight years old and was never heard from again.  That loss not only changed his life in a deep, inexplicable way, it also taught him how to ask questions and to look differently at the world from a very young age. He had no choice but to grow up to become a detective. So, I hope readers will root for Hud and see a little of themselves in his story. The experiences of our entire lives puts us where we are now.

I hope that it does make a contribution by adding a fully-fledged, flawed character with a good heart to the ranks of the wonderful mysteries that are out there.

I thought I knew how deeply affected Hud was by the loss of his mother, but I didn’t know how deep that hurt was until I was really engaged in writing this book. Even as he approached middle-age, his love and longing never wavered.  He never gave up looking for her. I guess that shouldn’t have surprised me, but it did. Hud’s persistence cost him a great deal, but he kept on going no matter what. He never attempted to “get over it.”

I was forty-nine when I published my first novel, a little late to the game, even though I had been writing and attempting to get published for 20 years. Someone asked me recently if my own mother was still alive and if she had gotten to see me go on to publish 13 novels. Sadly, the answer is no. She passed away in 2001. A lot of this novel is for her.

James Lee Burke for his amazing prose and stories. Joe R. Lansdale because he never gave up, because he’s a real writer and shares his experiences with the world. Joe’s a great storyteller and funnier than hell. I envy that talent. A new Hap and Leonard book is a holiday in my house. Loren D. Estleman has been a role model and friend for a lot of years, and is a brilliant stylist and a generous and humble man to boot. Honestly, every writer I have met or read has influenced me in one way or another, and I hope they will continue to do so for a long time to come.

PRAISE FOR A THOUSAND FALLING CROWS:

“Sweazy vividly evokes the Great Depression and the Dust Bowl in this gritty historical…. Sure to attract fans of Westerns and readers who favor well-plotted mysteries with plenty of atmosphere.”
— Library Journal STARRED REVIEW and MYSTERY OF THE MONTH

“[A] terrific first in a projected series…. The characters are superbly drawn, and the prairie—its flatness, winds, and critters—is an evocative character in its own right.”
— Publishers Weekly STARRED, BOXED review 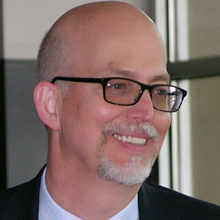 Larry D. Sweazy is the author of See Also Deception, See Also Murder, A Thousand Falling Crows, Escape from Hangtown, Vengeance at Sundown, The Gila Wars, The Coyote Tracker, The Devil’s Bones, The Cougar’s Prey, The Badger’s Revenge, The Scorpion Trail, and The Rattlesnake Season. He won the WWA Spur award for Best Short Fiction in 2005 and for Best Paperback Original in 2013, and the 2011 and 2012 Will Rogers Medallion Award for Western Fiction for the Josiah Wolfe series. He was nominated for a Derringer award in 2007, and was a finalist in the Best Books of Indiana literary competition in 2010, and won in 2011 for The Scorpion Trail. He has published more than 60 nonfiction articles and short stories, which have appeared in Ellery Queen’s Mystery Magazine; The Adventure of the Missing Detective: And 25 of the Year’s Finest Crime and Mystery Stories!; Boys’ Life; Hardboiled; Amazon Shorts, and several other publications and anthologies. He is member of the ITW (International Thriller Writers’ Association), WWA (Western Writers of America), and WF (Western Fictioneers).