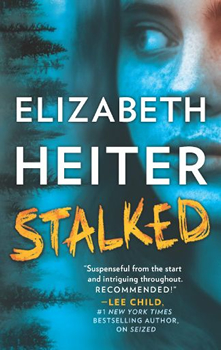 That’s the note seventeen-year-old Haley Cooke leaves behind when she disappears from inside her high school. FBI profiler Evelyn Baine is called in to figure out who had reason to hurt her. On the surface, the popular cheerleader has no enemies, but as Evelyn digs deeper, she discovers that everyone close to Haley has something to hide. Everyone from estranged parents, to an older boyfriend with questionable connections, to a best friend who envies Haley’s life.

Secrets can be deadly…

One of those secrets may have gotten Haley killed. If she’s still alive, Evelyn knows that the more the investigation ramps up, the more pressure they could be putting on Haley’s kidnapper to make her disappear for good. It’s also possible the teenager isn’t in danger at all, but has skillfully manipulated everyone and staged her own disappearance. Only one thing is certain: uncovering Haley’s fate could be dangerous—even deadly—to Evelyn herself.

Author Elizabeth Heiter recently sat down with The Big Thrill to discuss her latest novel, STALKED.

STALKED explores how secrets can destroy lives. Beyond the plot—a teenage girl goes missing, leaving behind a note that foretells her own death—STALKED delves into the innermost connections in the characters’ lives, showing how keeping secrets (whether the motive is out of fear or love) can have unintended consequences. While my FBI profiler tracks all the secrets in the life of a missing teenager and her family, navigating hidden agendas and motives that might mean the girl’s death, the reader also gets a glimpse into my heroine’s past and the secret she didn’t keep as a child that changed her own life. Beyond an entertaining read and a puzzle to unravel, I hope readers take away a reason to speak up and reach out.

STALKED follows my biracial female FBI profiler as she investigates the disappearance of a teenager. It blends a form of police procedural (focusing on the behavioral evidence a profiler would see) with mystery elements (two intertwining stories, one about a single missing girl and the other about a potential human trafficking ring) and suspense (the clock is ticking on finding the girl as her parents release information that—if she’s really been kidnapped and hasn’t manipulated everyone to stage her own disappearance—could make her kidnapper kill her). It looks closely at the women involved (victim, family members left behind, and investigators) as well as the theme of secrets.

Some of the inspiration for STALKED came from several real-life cases, including a case where the mother of a missing teenager spent years and years searching for her daughter, keeping her name in the news, and then got involved in advocacy after the trial; another where someone went missing and left behind a note saying that if she disappeared, not to look for her; and a third where a girl who went missing had parents who went to social media and one of them actually denied she’d been kidnapped (she had been). While STALKED isn’t like any of these cases, that’s where the spark of this story began.

“…Elizabeth Heiter does her research, and it shows in this superb FBI thriller.”
— New York Times bestselling author on Seized

“…Evelyn Baine is a sharp and gutsy heroine you’ll want to follow for many books to come.”
– New York Times bestselling author Tess Gerritsen on Hunted 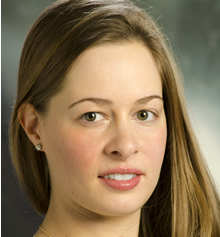 Critically acclaimed and award-winning author Elizabeth Heiter likes her suspense to feature strong heroines, chilling villains, psychological twists, and a little bit (or a lot!) of romance. Her research has taken her into the minds of serial killers, through murder investigations, and onto the FBI Academy’s shooting range. Her novels have been published in a dozen countries and translated into seven languages; they’ve also been shortlisted for the National Readers Choice, Booksellers’ Best and Daphne Du Maurier awards and won the RT Reviewers’ Choice award. Elizabeth is also a regular columnist for International Thriller Writers at The Thrill Begins as part of “Murderers Row.”