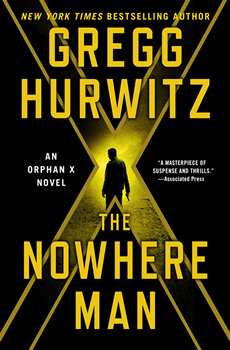 It’s hard out there for an antihero.

From Batman to Bond, readers have shown an insatiable appetite for dangerous men (and women) who operate somewhere between the letter of the law and the spirit of justice. Few archetypes have been quite so rapturously enshrined in the canon of pop-culture icons, but that lofty status comes with a steep price: whether he’s dodging fists or wrestling with his own tragic backstory, the antihero often finds himself going it alone. They don’t call him a “lone wolf” for nothing.

By definition, these characters move in a world that’s at least a few shades darker than our own. Lately, though, that darkness has gone pitch-black—a tendency so ubiquitous that it was skewered in the lyrics of The Lego Movie’s “Untitled Self-Portrait (Batman’s Song)”: “Darkness/no parents/continued darkness” and so on.

Author Gregg Hurwitz has made a conscious choice to buck that trend with Evan Smoak, the eponymous protagonist of his critically acclaimed Orphan X series. Though he was raised in the Orphan Program, a black-ops enterprise that turned him into one of the world’s most efficient killers, Evan has gone rogue to do right; now operating under the moniker “the Nowhere Man,” he devotes his life to rescuing innocent people from seemingly hopeless situations.

Like Jack Reacher and Jason Bourne, Evan Smoak is lethality and machismo distilled to an almost crystalline purity. But Hurwitz found a surprising angle to set his protagonist apart from similar characters: he imbues the series with liberal doses of humor and pathos by sometimes pausing the speed-of-light action to focus on Evan’s home life. In the clutches of enemy operatives, Evan can withstand the grisliest of tortures without breaking a sweat; in the Los Angeles apartment complex where he resides, though, the scrutiny of an elderly busybody named Ida Rosenbaum tends to put the secretive assassin on his back foot.

It’s a winning formula, to say the least. With the second Evan Smoak thriller, THE NOWHERE MAN, dropping this month from Minotaur, Hurwitz is already under contract for three more Orphan X novels, and Bradley Cooper’s production company has picked up the film rights. (Hurwitz, who has published 16 novels, scripted comics for Marvel and DC, written for network television, and sold numerous screenplays, is penning the big-screen adaptation himself.)

Hurwitz rang in from his Los Angeles home to offer a crash course in sculpting a character who’s supremely lethal, ultimately incorruptible, and absolutely entertaining.

Can you tell us a little about Evan’s genesis?

Arriving at this series was the culmination of my whole career. I do a lot of research with Navy SEALs, Green Berets, Army Rangers, all those guys, and also the intel side, the tech side. So a lot of [my contacts offer] different angles on black programs and high-end spec-ops groups. They’d always talk to me about how black programs operate, and when I was preparing to embark on this big new series, I started to think: What would be the coolest version of a deep, deep black program? And I thought about taking these kids out of foster homes where no one cares about them, and raising them up totally off the books to be assassins, but they’re completely isolated—they never meet each other, they never meet anybody else. I was thinking about what kind of kid that would be and what kind of kid would be interesting to write about, and that’s how I landed on Evan. He’s pulled out of a foster home at age twelve and trained up, and by the time we meet him, he’s already left the Orphan Program and is operating as a pro bono assassin for people who are in desperate need of help. 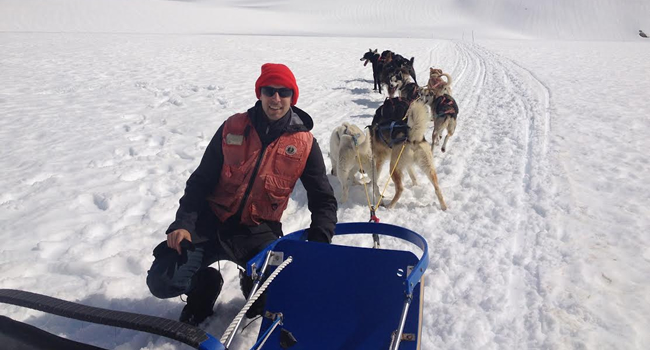 Was there a moment when the character really came into sharp focus for you?

I had this moment of thinking, rather than having [Evan’s story] be tragic and tortured and awful, what if he was pulled out of the Program and raised by one handler, and what if his handler was someone who was deeply good—just a good human who actually loved him? As much as he was raised outside society, it was important to me that Evan not have his moral compass broken. The key moment for me is when Jack, his handler, tells him, “The hard part isn’t making you a killer. The hard part is keeping you human.”

I was a little surprised how moving it is, and how firmly Evan’s adventures are grounded in human relationships.

At the end of the day, everything comes down to character. That is one of the funny things—that sometimes we expect certain types of thrillers to be very plot-intensive, weapons porn and all that kind of stuff, but it was so important to me that Evan Smoak be someone who’s rounded and complex and human and still has human needs. So one of the things I kept thinking about when I was doing it was, you never get to see James Bond go home, right? You never see Jason Bourne have an awkward conflict in the elevator over an HOA meeting.

Have you always been drawn to this type of character?

Yes, I’ve always loved antiheroes. I’ve always been interested in heroes that are really dark but that are still, way beneath the surface, wired for good. My favorite comic book character growing up was the Punisher. I wrote comics and actually had a surreal moment with my first comic job when I could no longer read my favorite comic because I was writing it. I wrote The Punisher, I wrote Batman comics—I’ve always been drawn to the sort of darker characters who are still aligned in some way – the bearings of their moral compass have not been broken, but they’re right on the edge. I’ve always found that really appealing.

Do you think readers have a different relationship with these types of characters or view them differently now than they have in the past? 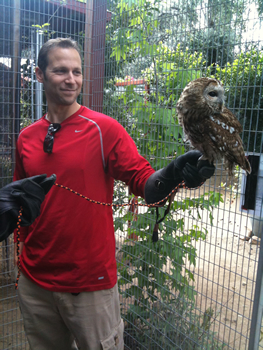 I think we’ve seen a real move toward darkness in characterization. I’ll talk about Batman because I wrote Batman for a couple of years for DC Comics. If you compare the [1960s] TV show to the Tim Burton movies to the Chris Nolan films, and then you look at Gotham as a TV show, we’re moving into darker territory. People are ready to explore themes, I think, in ways that are increasingly serious. You only have to look at the renaissance in cable TV. I think [network president] John Landgraf of FX called it the “nuclear arms race of darkness.” From The Shield to Breaking Bad—things can get really, really dark.

But then again, these are older motifs. I have a highly useless but interesting master’s in Shakespearean tragedy [from Oxford’s Trinity College], and I always studied the tragedies because those were enormously commercial. They weren’t written to a literary end—Shakespeare was trying to put asses in seats at the Globe Theatre—and there was a lot of darkness that was embodied in those. They are, in some ways, the first thrillers. And so it tends to change with the times. I think we’ve seen a real resurgence now of people finding that kind of darkness really palatable.

Speaking of Shakespeare, what lessons have you learned from his work that seem particularly relevant to writing thrillers?

One thing is that you embrace the convention and limitations of a form in some ways in order to maximize your storytelling impact. Shakespeare wrote these highly structured, convention-bound stories. They all have five acts. A lot of these are borrowed stories, right? He didn’t generate these out of whole cloth. But the thing is, within these parameters of existing themes, within the conventions that bind the form—he didn’t suddenly say, “I want to write a play that’s got fifteen acts.” So within set forms, you can strive to do greater things.

Another part of it is, the flaws that drive the story need to be in some ways embodied in the characters. That’s the tragic flaw within tragedy. If you just write about terrible things happening to good people, well, that’s just life. That’s pancreatic cancer and falling Acme safes. It’s not inherently dramatic. What’s dramatic is when the choices that people make bring them to particular crossroads. And it can be some little moral misstep—it doesn’t matter how big it is—but there is some sort of misstep or straying off the path that opens the door to unforeseen consequences. 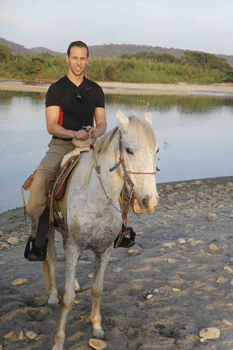 What are your thoughts on character arcs—or a lack thereof—in a series like Orphan X? James Bond always has to be James Bond, but is there room for growth?

I think it’s important to keep some aspects of the character fixed and recognizable, but it’s also important to have the character move and have him develop and change in certain ways in order to keep it interesting. I have no interest in writing the same book over and over again.

For THE NOWHERE MAN, part of what I wanted to do was really stand reader expectations, and my own expectations, on their head [after Orphan X].  And what I thought would really turn expectations on their head was, what if Evan winds up in exactly the kind of situation he usually rescues other people from? That’s a more interesting starting point for a story—it’s the opposite of what we think a follow-up to Orphan X would be. And so these guys grab him, he’s drugged, he’s kidnapped, he comes to in a distant chateau that’s armed with tons of guards, and they think they have him trapped in there with them. But what they’re soon to realize is that in fact, they’re trapped in there with Evan.